This latest moth here in my garden in East Cheshire is the ssp gracilis which is one of four sub species.

Adults are on wing from July to August in western Europe and from May to October in the northern parts of North America.

Here in the UK it is similar to the Gold Spot (P. festucae),  but this species has a shorter, broader forewing with a shorter and broader whitish streak near the wingtip. It is more orange or yellowish, and the two metallic blotches more rounded. It is fairly common in northern England, parts of Scotland and East Anglia, this species prefers a generally damper environment than Gold spot  P. festucae.

It flies in July and August, coming regularly to light.
This beauty was caught in the garden on 25th July 2014 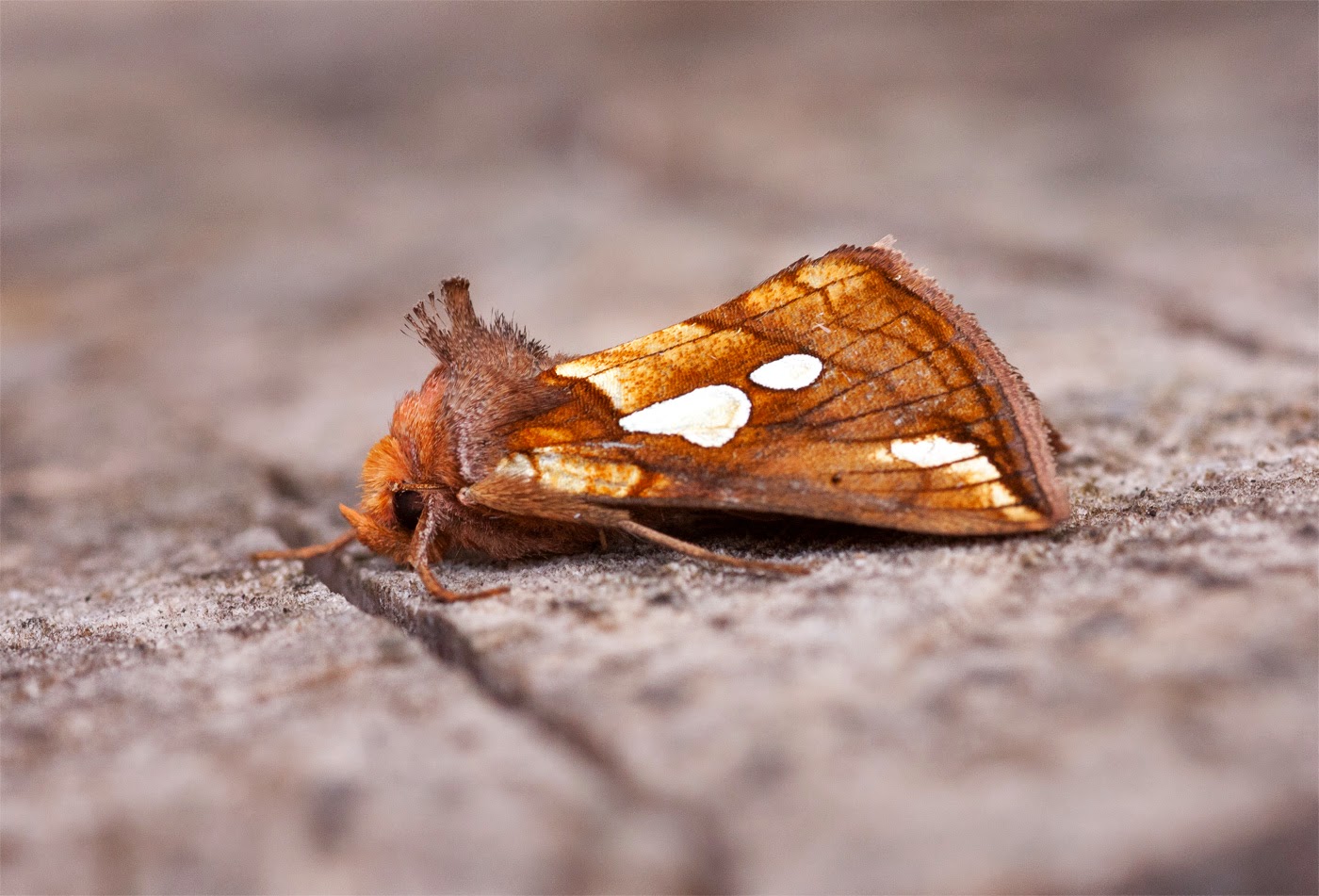 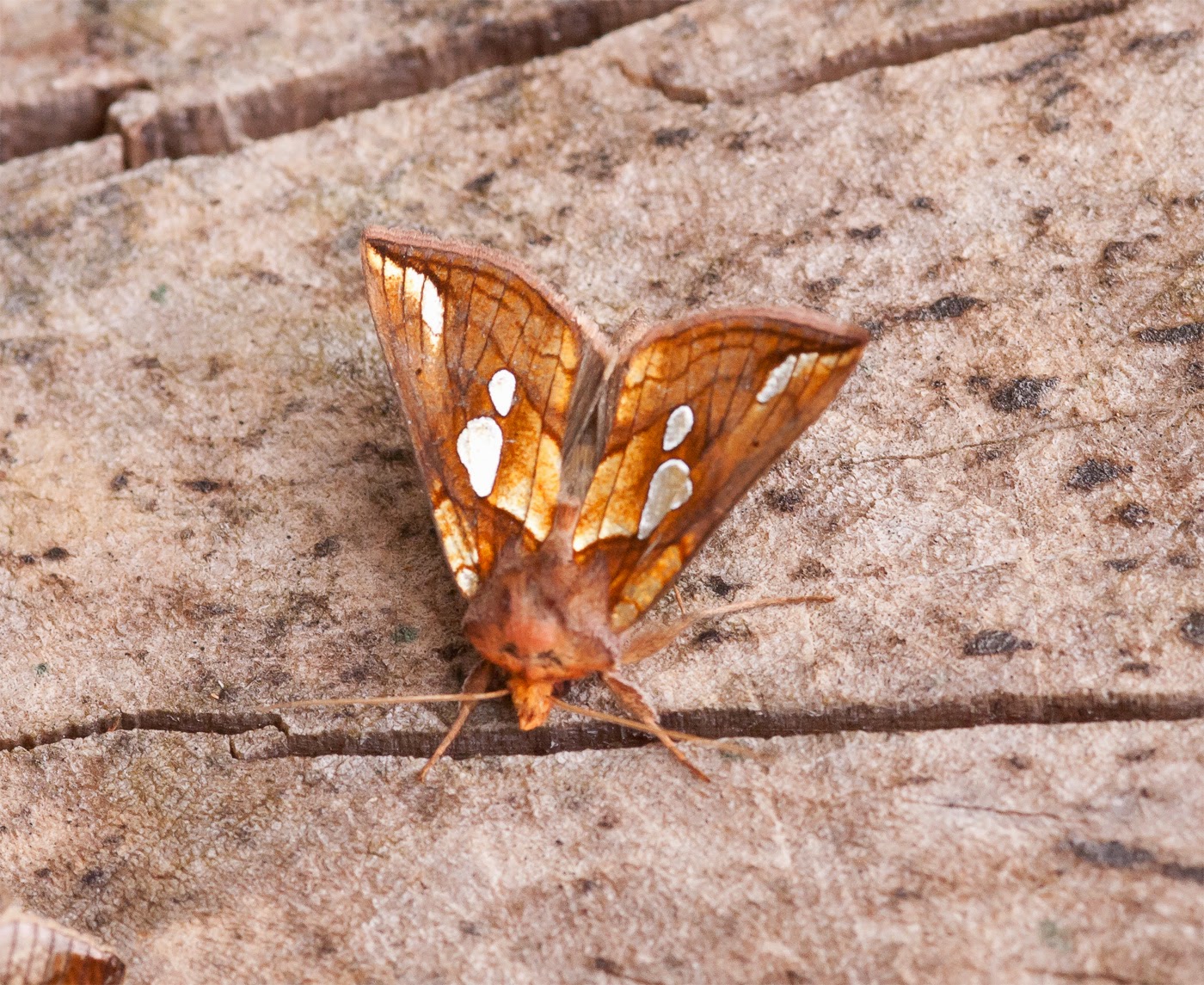 It's a little beauty Dave...

Oh, please don't get me interested in moths! When I see images like yours, I'm very tempted, Dave, but there are just not enough hours in the week to do the things that I'm already interested in.

Nice set of post - Hawk Moths are great - remember finding them as a kid.

One day I'll get to do some moth trapping here.