The Dunnock..... as the title suggests is also known as the little brown job. However as the images below show us its far from a little undescript brown bird. 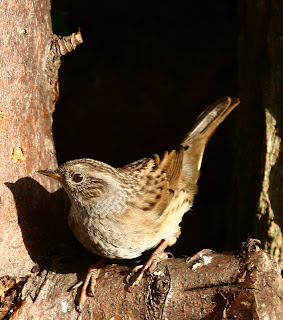 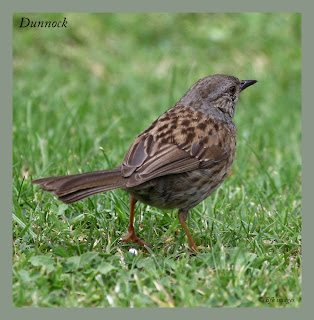 A colourful character:
It has a remarkably varied and flexible mating system. Sometimes a territory supports just two birds, male and female which co-operate in rearing the young. However, a male with a good quality territory will sometimes attract and mate with two or even three females. More typically though, it is the female who tries to mate with more than one male since any male she has mated with then helps in the feeding of the young. If two males have mated with the same female they may merge their territories and co-operate in defending a 'super-territory'. If lots of 'extra-marital' copulations take place you can have territories in which each female has more than one male but the males have mated with more than one female and are therefore attending two broods simultaneously. In a system with so much 'infidelity' the males have to be careful that they don't end up feeding a brood which is entirely someone else's offspring. This explains why, before mating, the male will peck at the cloaca of the female stimulating a pumping action. If the female has recently mated with another male this pumping will push out the bag of sperms which have just been deposited.

I have a very healthy population of dunnocks in my garden, with a record count of a dozen a few summers ago. Although often a skulking species they are very charasmatic and fun to watch.... often on the receiving end of terrirorial rants from the resident Robins. Its a shame that this species can be so underrated as this bird has the most wonderful song when it is in full voice during the spring and is as melodic as any garden species we have in the UK......

and when you capture them in scenes such as this they really do shine!! 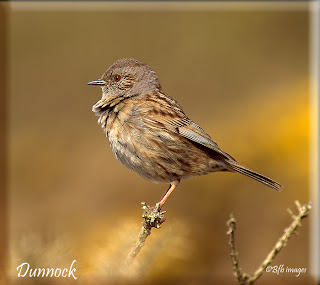 almost fit for a Christmas card 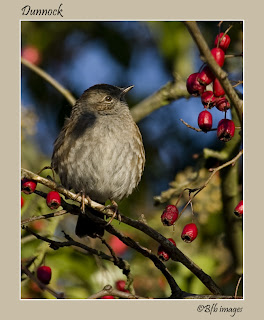 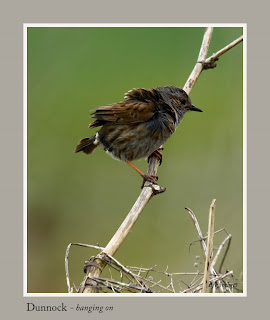 Email ThisBlogThis!Share to TwitterShare to FacebookShare to Pinterest
Labels: Dunnock

I think that the various mating and parental roles of birds are so interesting..This seems like a good plan in that young are always taken care of...Michelle

Beautiful images Dave.
I love my little brown jobs in the garden... so colourful when viewed up close. Great info..

Sorry I havn't been on Birdforum much this year or taken up your kind offer to show me your lovely countyside..
Mum (80) has been in and out of hospital this year and has taken up a lot of my spare time.

Thank you for the kind comments everyone.

Andrew no problems whatsoever we will get up Chrome hill one day mate... always Family first though

Hi Dave; such an unusal name for a bird and lovely to have the little thriving community in your garden. I especially love that third photo; could see that looking most impressive on the wall

Quite the uncommon fellows!! Great post. Boom & Gary of the Vermilon River, Canada.

Monster article Dave. The Dunnocks romantic life sounds like something out of Dangerous Liaisons. A movie I both adore and abhore. None the less, fascinating behavior for bird or human.
Your pictures are flat out incredible. Number 3/5, the xmas card shot, is otherworldy. I hope your readers are clicking to enlarge. Great, subtle beauty revealed.
Bravo!

These are wonderful shots! Great info too!

Beautifully presented Dave. Interesting cross-pollination systems that they have. Is it possible for you to record the song sometime

Don't tell me you only have one LBJ over there in the UK? These Dunnocks are beautiful. I love the shot of the one in the sunshine!

Very interesting post Dave with some great photos. The Dunnock must be the best of the LBJ's and I always like seeing them.