My once yearly pilgrimage across country to the east coast of the impressive Bempton Cliffs. This year I am a few months behind schedule and a July visit instead of the normal May visits of previous years. I should be looking at more juveniles and possible chicks on the nest with this visit rather than the frantic nest building of my visits in years past in the very early spring. The menu rarely changes with the guaranteed seven cliff specialist species: Northern Gannet, Northern Fulmar, Atlantic Puffin, Razorbill, Guillemot, Black legged Kittiwake, and Herring Gull. Other birds on show are passerines such as Tree Sparrow, Corn Bunting, Linnet etc. 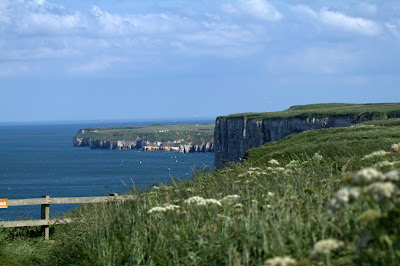 no love lost with the neighbours (Gannets) 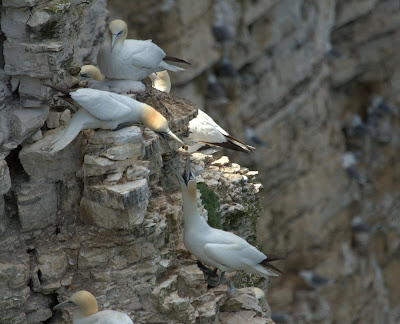 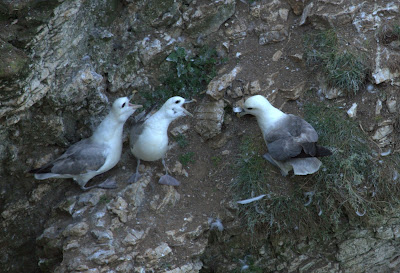 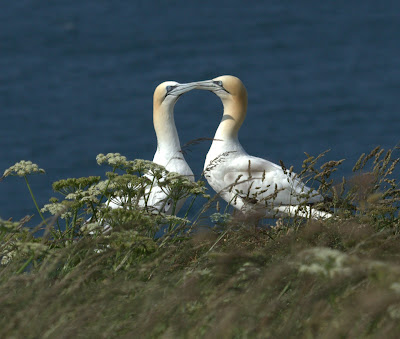 "Love on the rocks" -  mating Guillemots 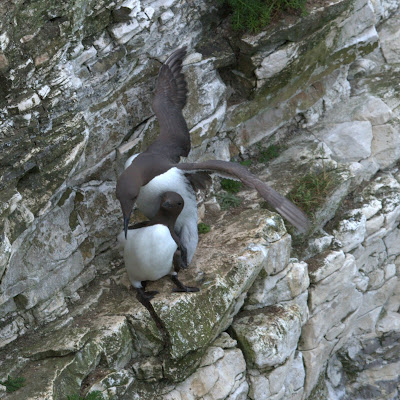 ultimately this is why they come to Bempton .... great breeding ledges!
here a Kittiwake chick sits on the nest with one of the parents in attendance 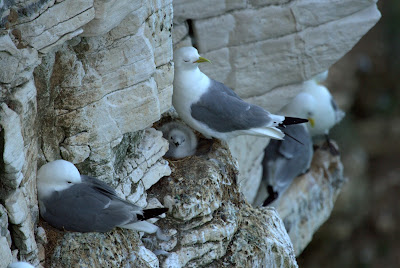 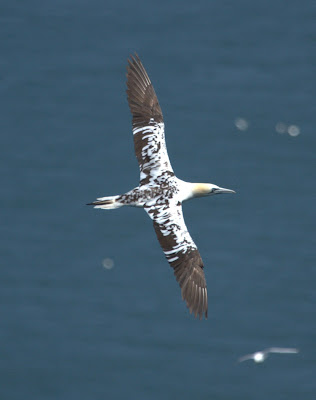 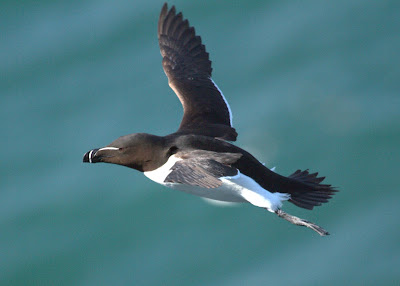 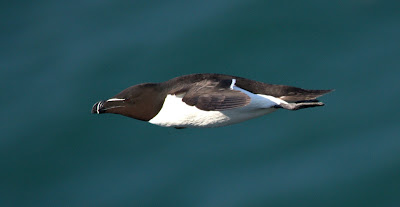 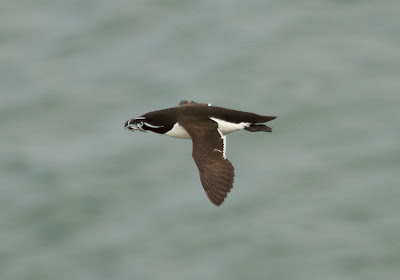 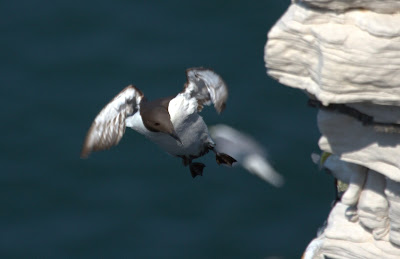 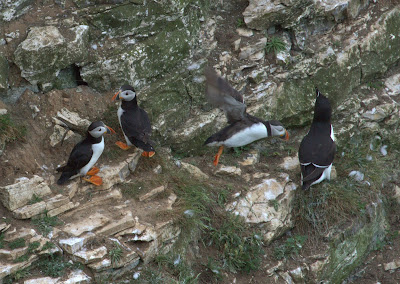 the Razorbills get their own back as the Puffin takes flight 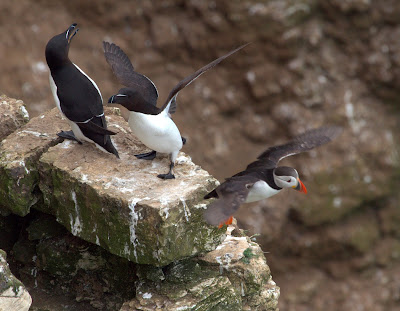 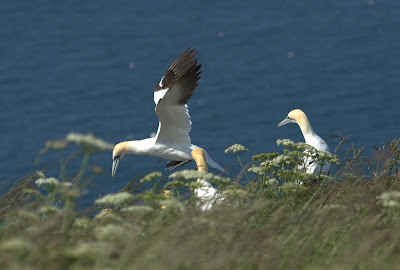 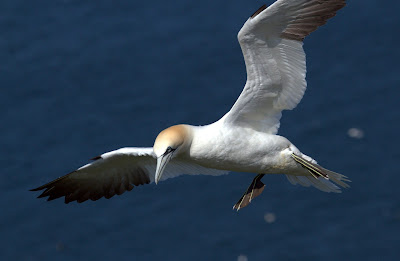 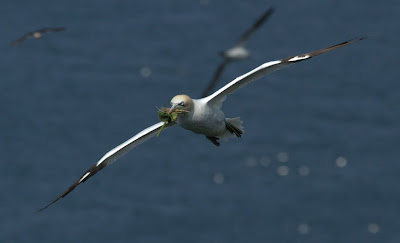 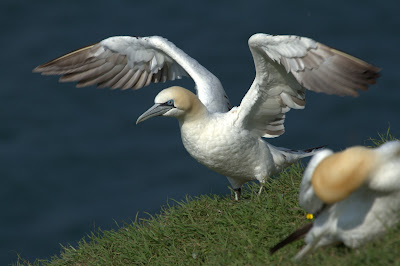 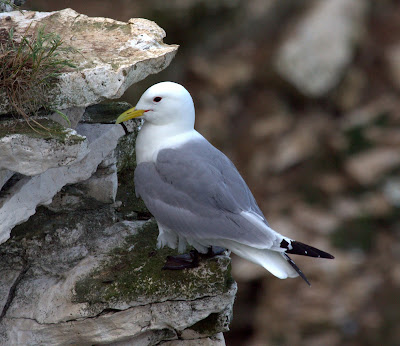 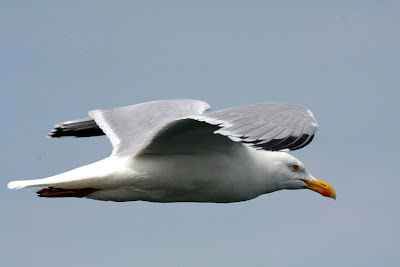