We had decided not to stop at Candaba Marsh on the way to Los Banos, time would be an issue and we wanted to get a good start at Mt Makiling. However while on the Expressway we saw a huge sign for Candaba Marsh, Jeff and I looked at each other and agreed to go for it..... of course we didn't have any other directions to hand, so nearly two hours later and we were still searching and asking everyone we came across where it was, no one had even heard of the place. Eventually we found a Paddy field worker who directed us down the correct dusty track that we had driven past at least twice already.

This was going to be a short visit now but any new species would be gratefully received. Thankfully birds were abundant in the pools and trackside lagoons that we came across with Whiskered Terns and Gull Billed Terns, Common Redshanks and Black Winged Stilts the first to be seen. 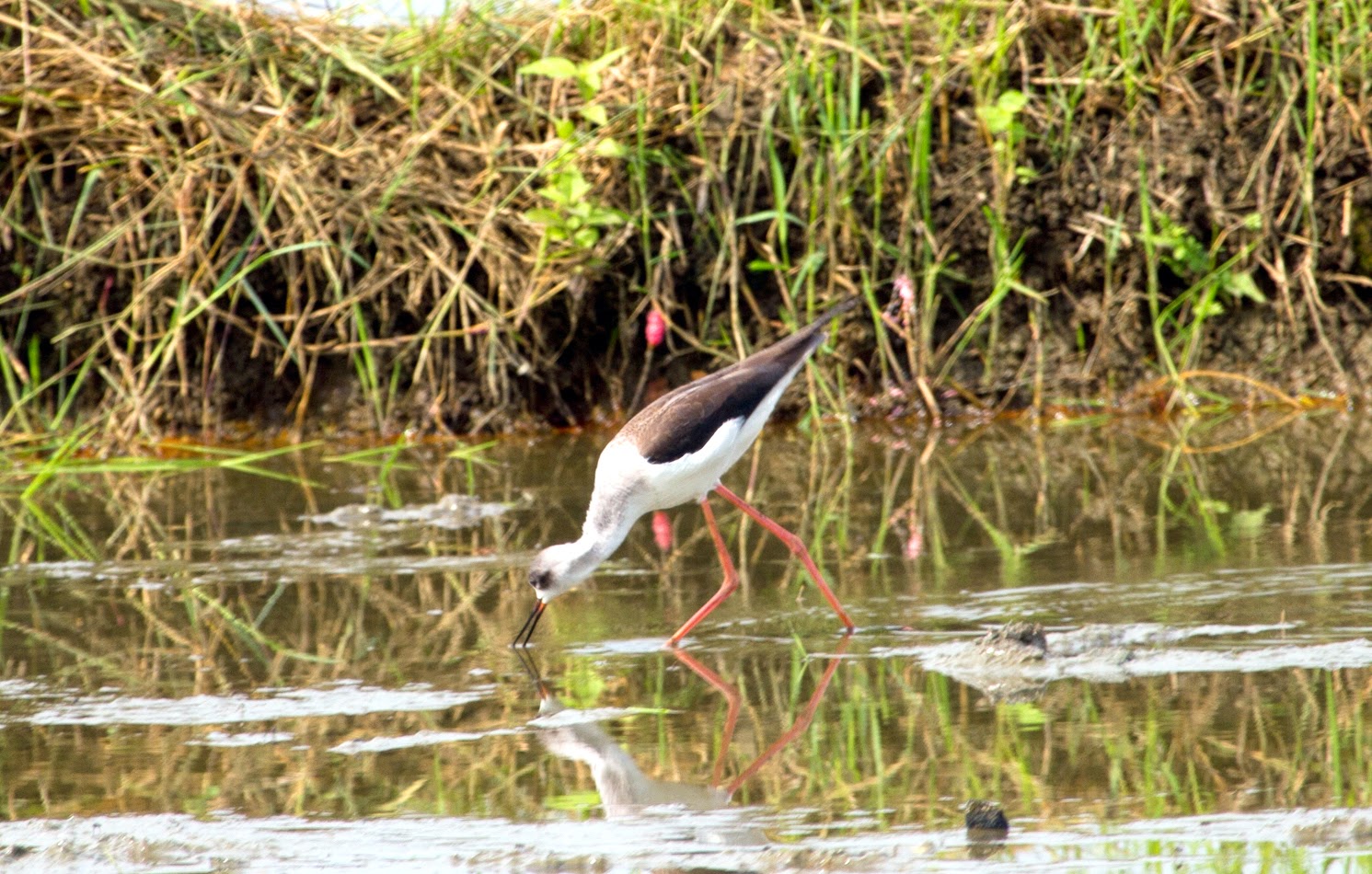 ﻿
﻿
We didn't actually venture to the marsh proper due to lack of time, but at the largest pool we came across we picked up a lovely bird that we had only seen distantly from the expressway as we drove from Subic, we were therefore more than happy to get close up views here of an 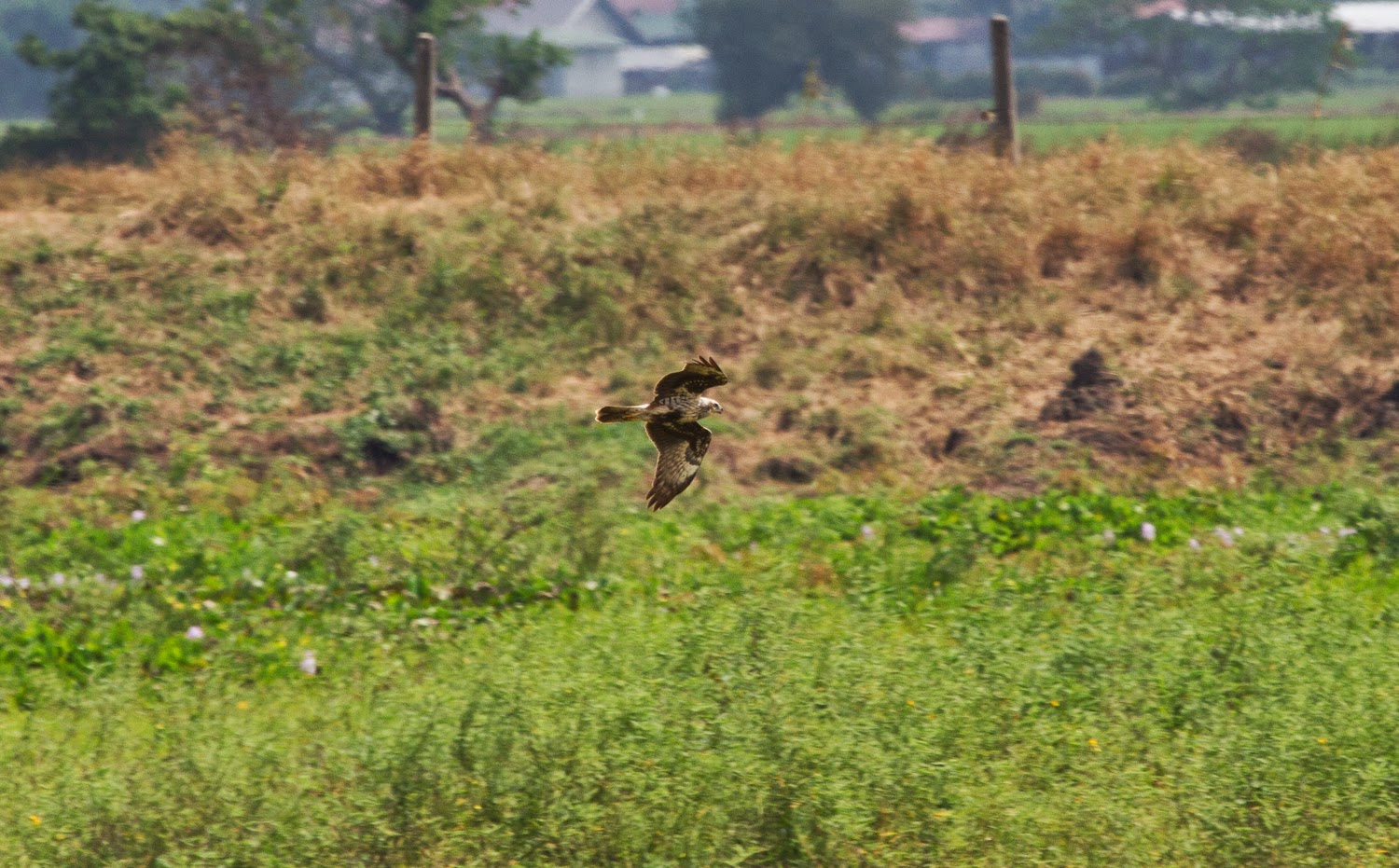 
It quartered the fringes of the pool for a few minutes and was eventually seen off by a Purple Heron. 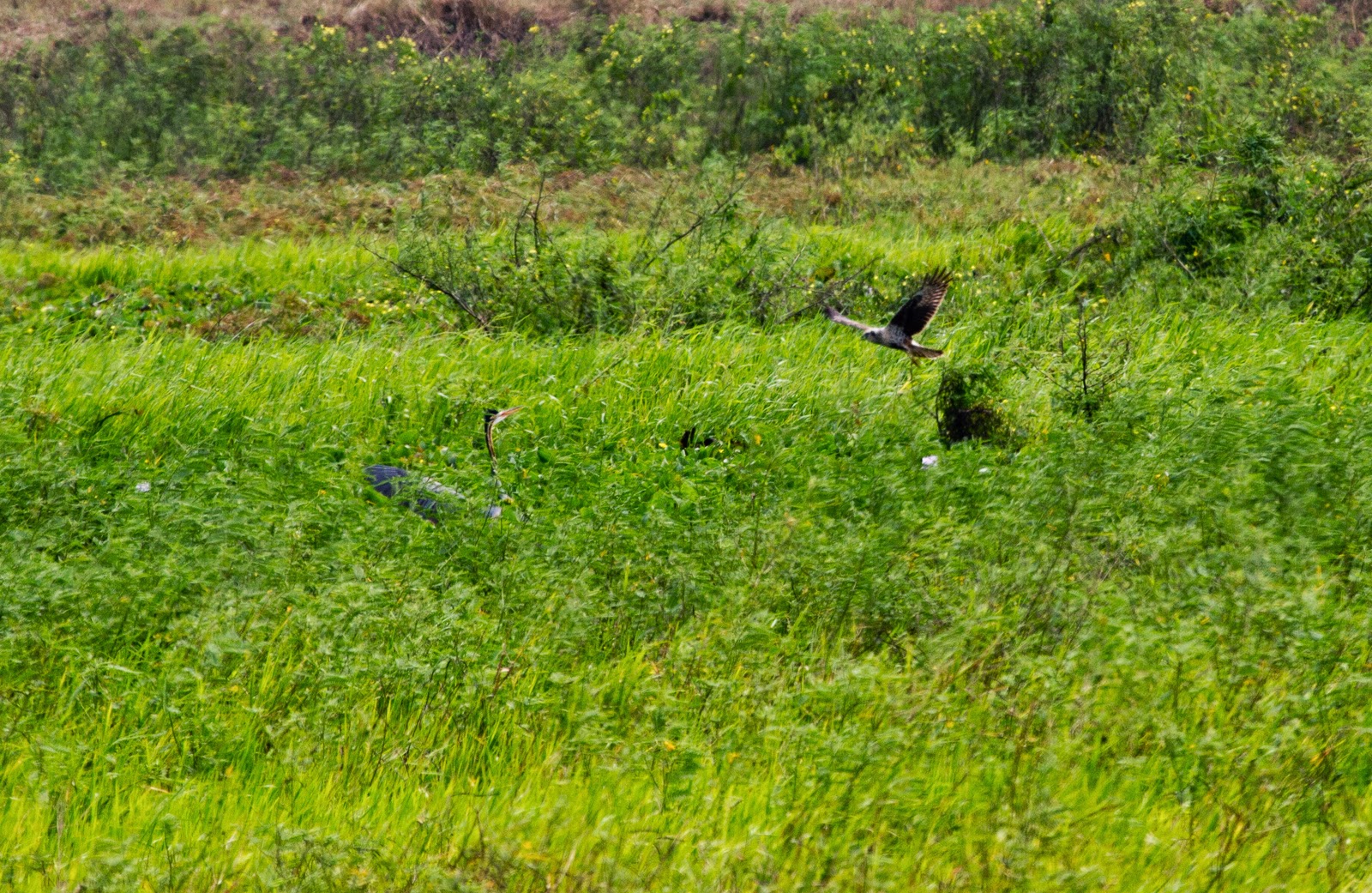 At the back of this pool we had 50+ Philippine Ducks, (we didn't need this species as we picked up a surprise sighting of a few on Bohol but was really good to see such large numbers here). Other Duck species were Tufted Duck, a single Mallard and Eurasian Teal, Garganey were in good numbers and in brilliant breeding colours and the smart Wandering Whistling Ducks. 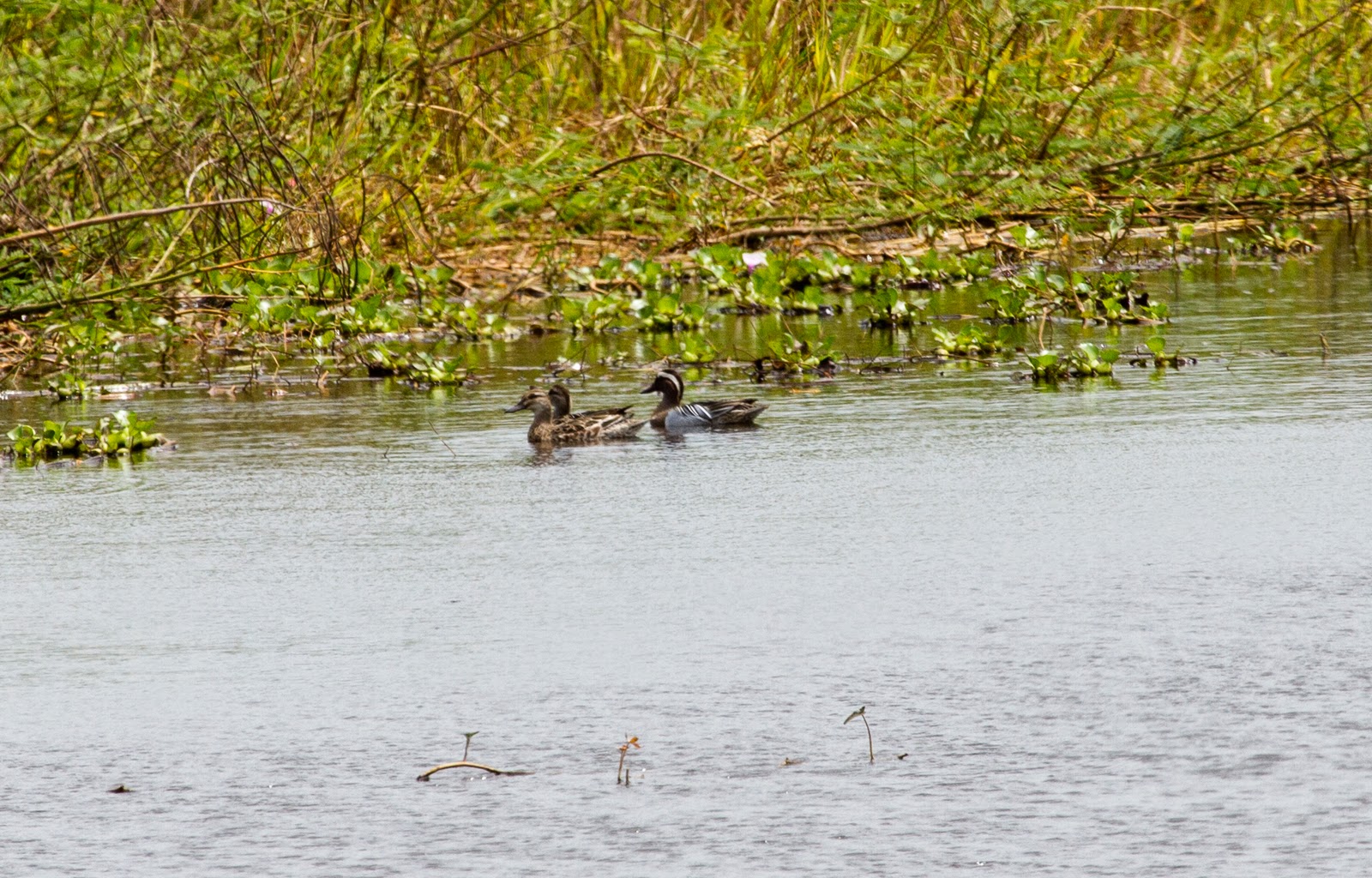 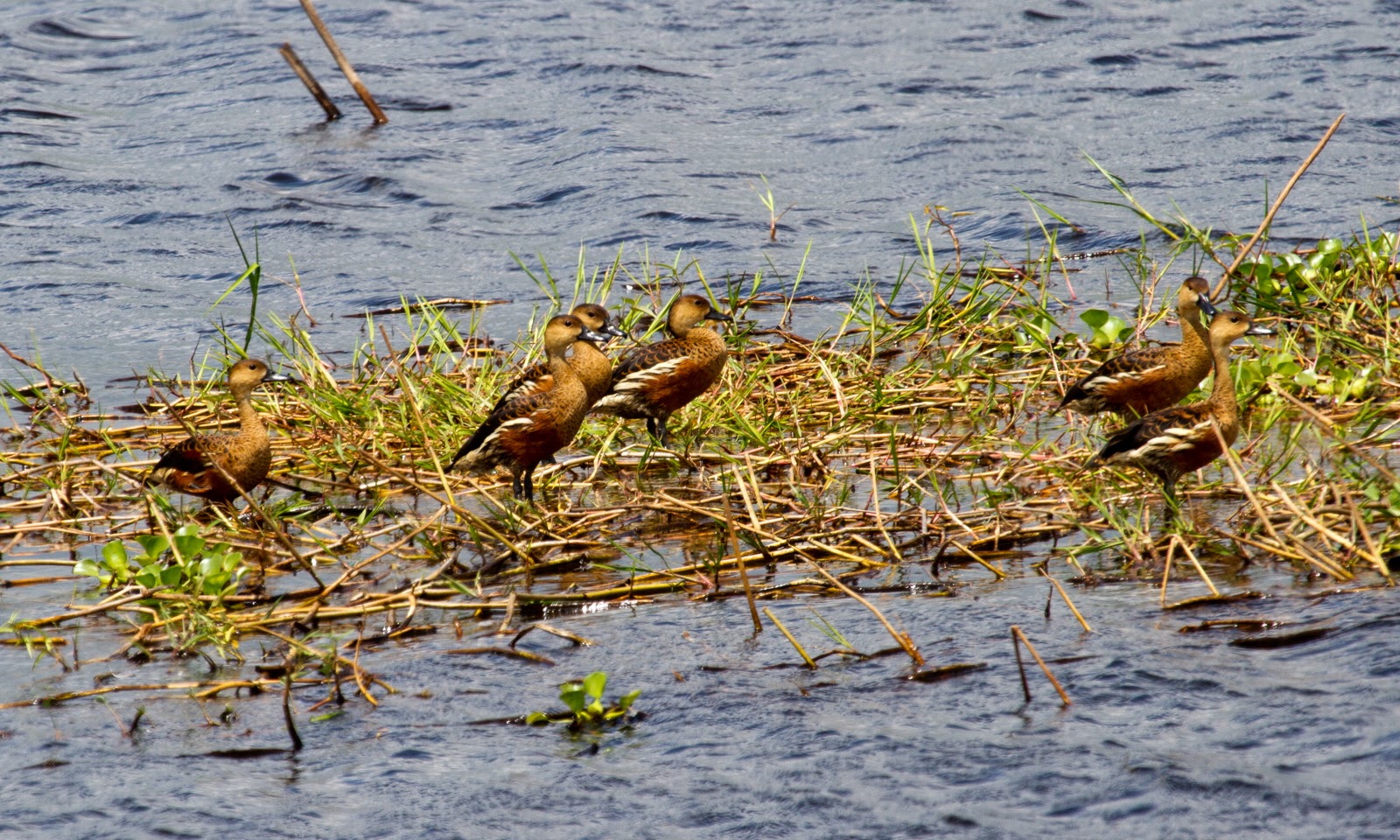 
I noted a single Grey Heron along with dozens of Purple Herons, a fleeting sighting of a Pheasant Tailed Jacana while there were plenty of Philippine (Purple) Swamphens, Common Kingfisher, Common Moorhen, as well as dozens of  Zebra Doves and Red Turtle Doves which was a new species for the trip list. 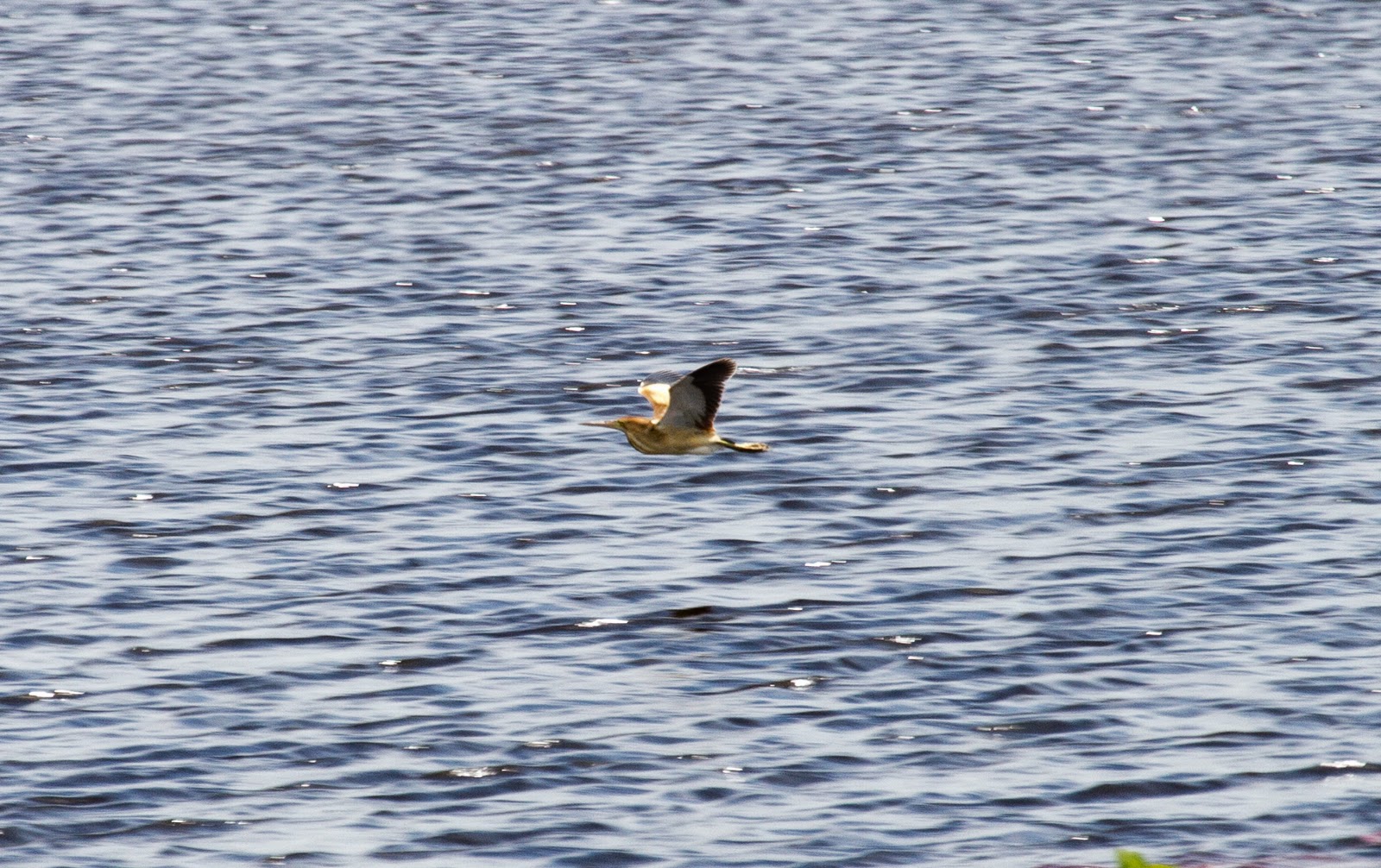 For me the highlight of this impromptu visit was the sight of these Oriental Pratincoles in breeding colours. These alone was worth the journey.
This image showing 5 of over 20 that were dotted about this patch﻿ 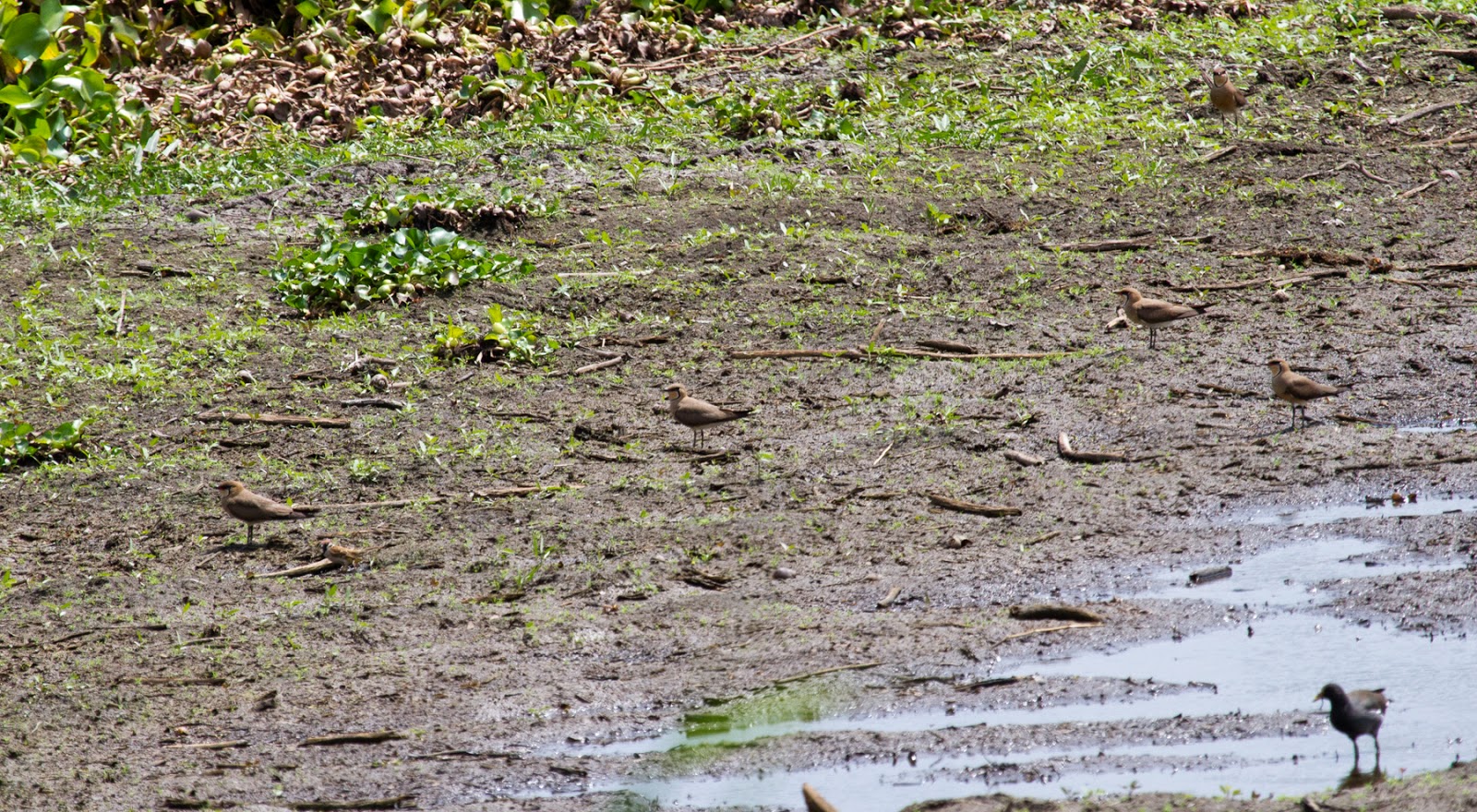 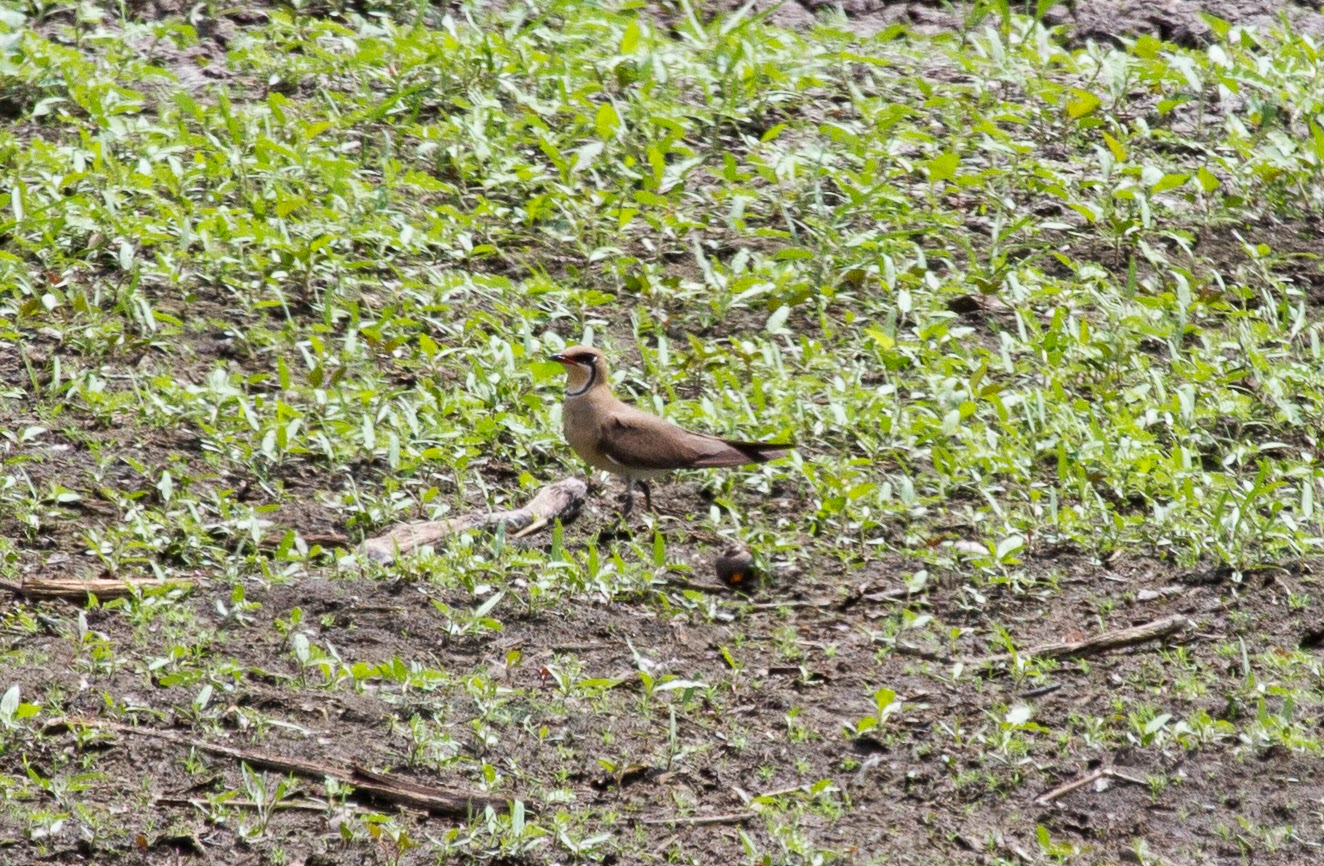 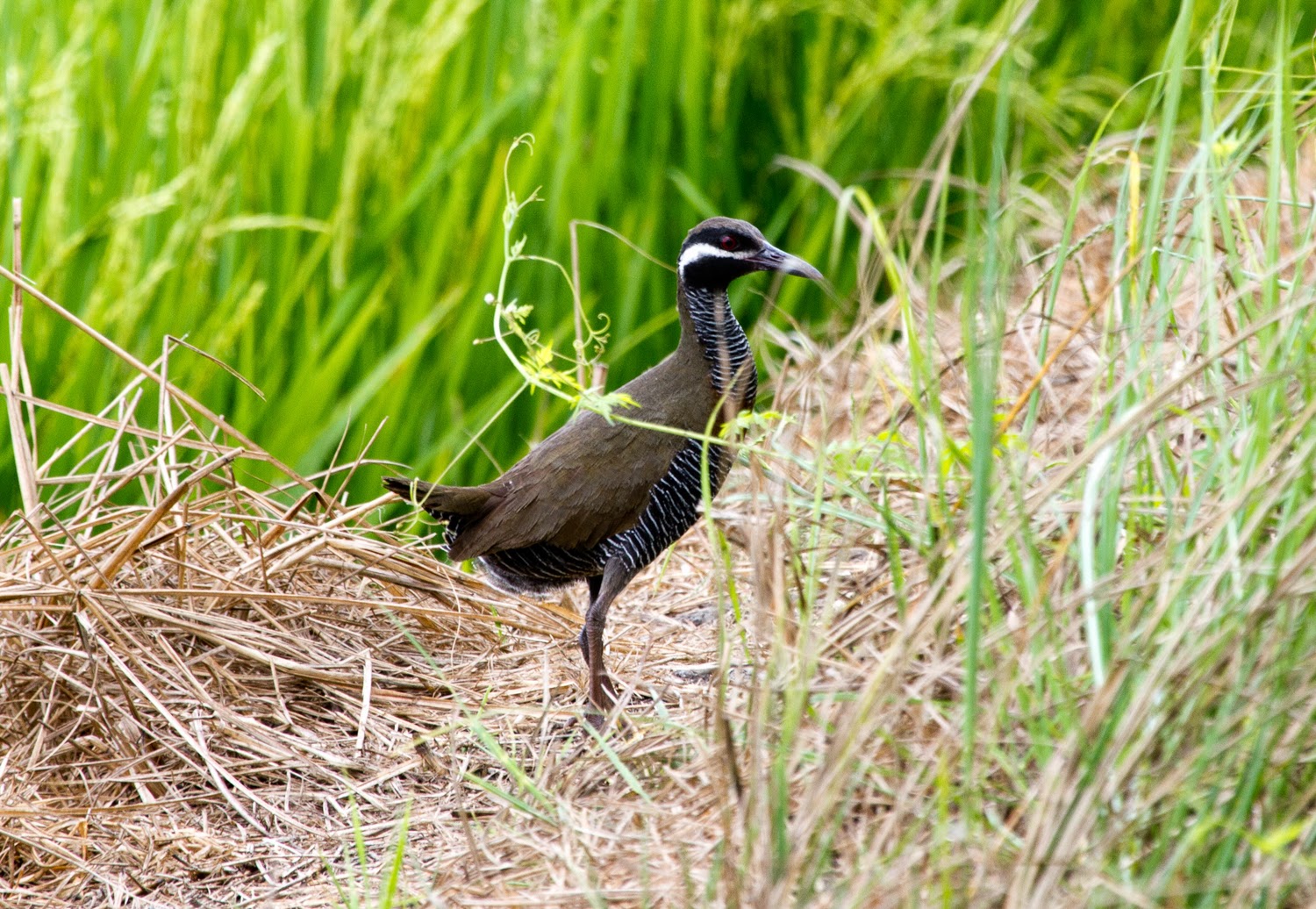 We finished the visit with a pair of Pied Bushchat,
here is the male 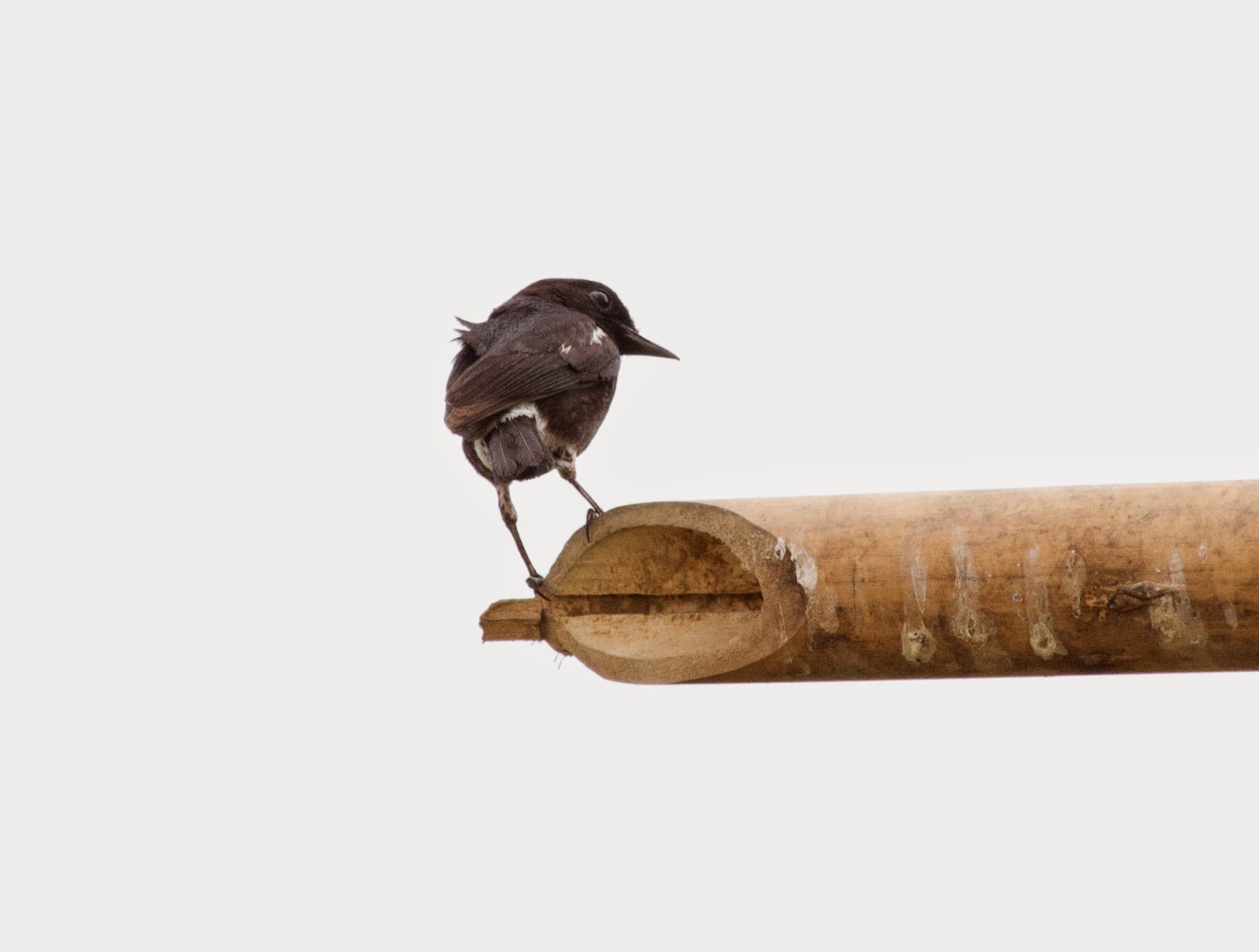 Somehow we hadn't managed to damage the car in Manila but we did a good job on this virtually deserted track when we hit a stationary motorcycle. The two motorcycle passengers laughed it off while we assessed the damage and sweated over the probable excess cost when we return the car in a few days time.... but that is another story!
We move onto Los Banos and Mt Makiling.﻿
Posted by Dave at 17:32

What a great crop of birds, well worth the detour. Loved the markings on the barred rail.

Beautiful birds. Thanks for sharing and hope all goes well with the car.

You got to see some very interesting birds even if the car got a little banged up.

the exotics are so cool! (exotic to me, anyway.) the whistling ducks made me smile! love to see the varieties across the world.