We arrived in Laguna late evening and checked into our hotel Riverview Hotel. We had a good meal in the town and had an early night ready for an early start in the morning. How disappointed were we when we woke up on our First day to find heavy rain and dark heavy clouds. We managed a life bird in the hotel gardens with a few Lowland White-eyes. We made the 30 minute drive to Los Banos university campus. We started by picking up our pass for the mountain entrance (on the corner of the largest building in front of the campus gates to the right). Easy or so we thought. We quickly found the entrance gates to the mountain road but found that we had a walk in pass only! Not allowed to take the car, we would need a different pass, it was frustrating but we decided to walk with bins and umbrellas.

We soon picked up a raptor perched just inside the gates, a Besra. Other birds were scarce as the rain teemed down. We hitched a lift from a van driver who took us up half way the mountain road...We got out when we met an Australian couple who had also found it pretty quiet but had at least got  onto a Spotted Wood Kingfisher way further down the mountain.... Lucky sods!

A after a chat we set off  down hill, of course it is much easier on the spirits to walk down hill in the rain! and unbelievably we picked up and subsequently were followed by target bird number one, a fine Scale Feathered Malkoha. Brilliant bird but a real pity about the weather and extremely poor light, attempting images was fruitless but at least it kept us company for a while, yes it was still pissing down with rain but we were a bit more cheerful now. We did pick up a Luzon Hornbill on the way down, but nothing else. Just to ensure the mornings birding became a near complete wash out, I now dipped a White Browed Sharma (for at least the fourth time on this trip) even though it was calling very close, this was now certainly my bogey bird.

Back at the bottom we headed for lunch but not before getting onto  some Striated Swallows.

Thank goodness the afternoon brightened up and we headed to the IRRI rice fields. I watched a farmer crossing a long grassed field and as I expected he flushed a Barred Buttonquail, shortly after a second took flight. A larger buttonquail was flushed as we walked along the paths (can only realistically be a Spotted Buttonquail), Jeff also flushed a snipe species. Oriental Skylarks and Richards Pipits were in the area as was the constant droning of a Coppersmith Barbet. 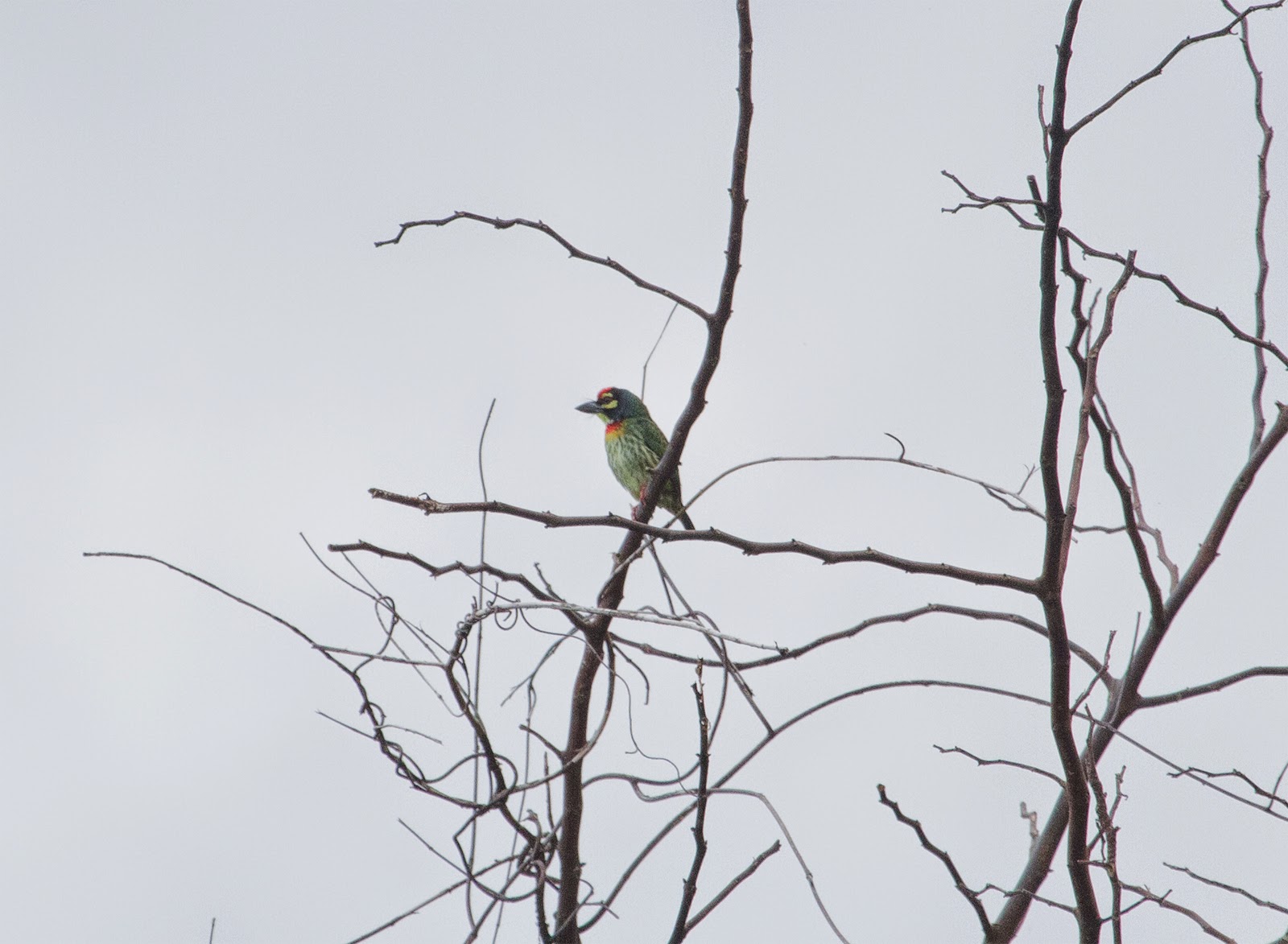 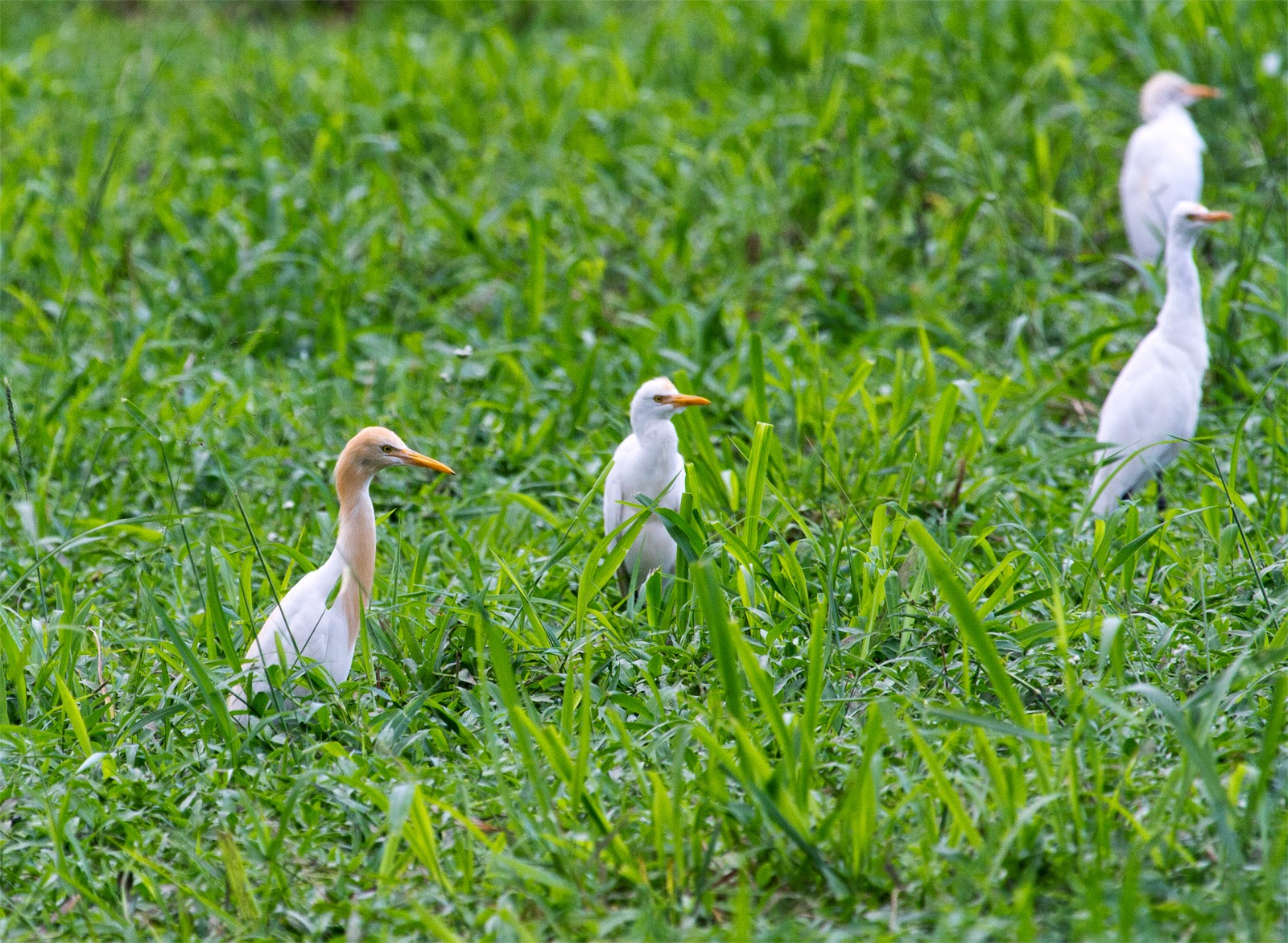 Weather looked better for tomorrow, where we will try for the Kingfisher again.

Up mega early today to try the mountain again but unfortunately we beat the guy who gives out the passes so we were still not allowed to take the car up the mountain road. Se we set off walking but at least today there was no rain ... Hoorah!

We only had half a morning here so we made haste up the road. 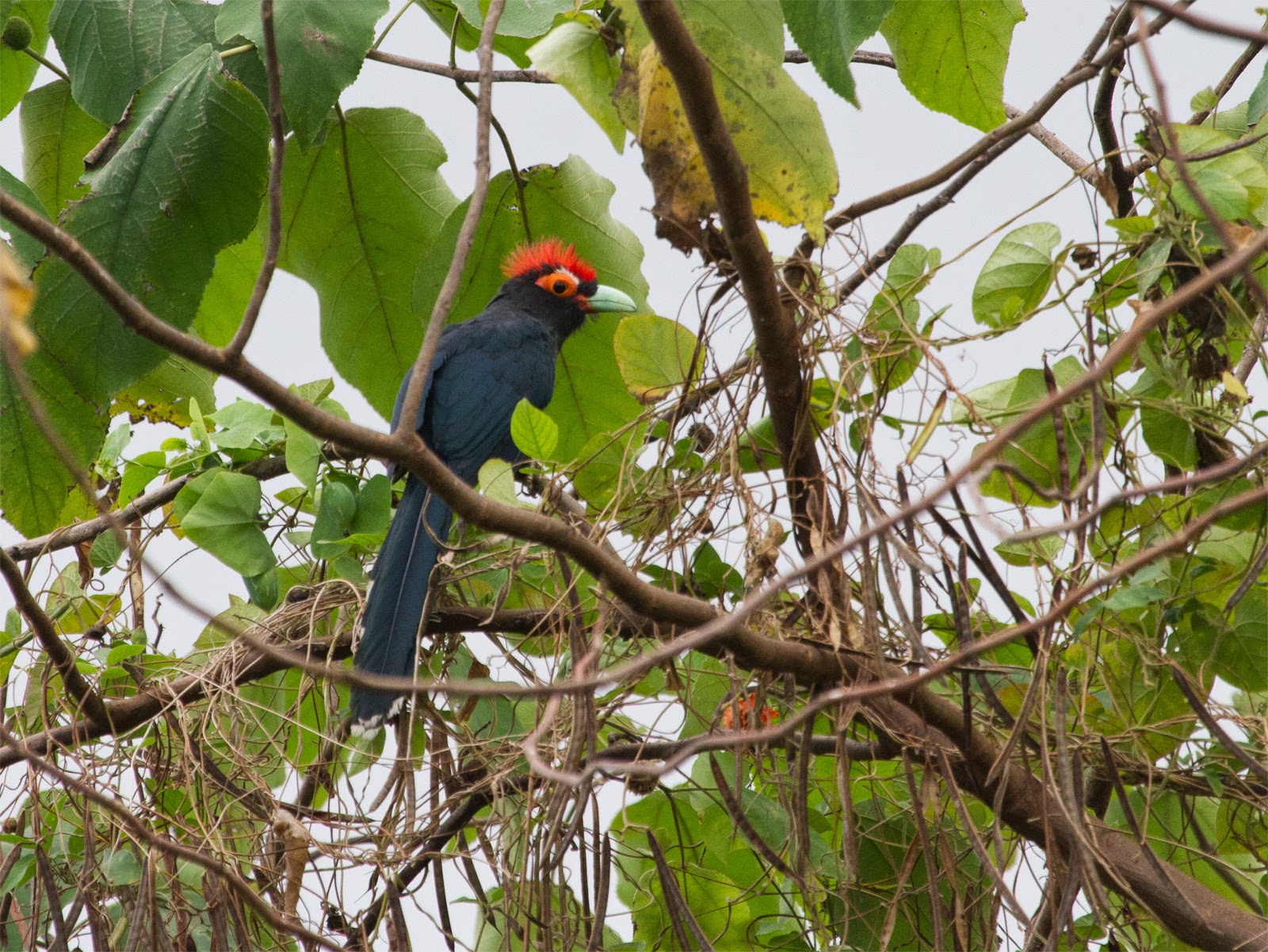 We had walked up for about an hour and I don't mind admitting that I did have a quiet word with the birding gods.... And boy did they deliver. We stopped for a breather and tried a little play back and the most handsome of creatures perched 20 Meters from us, Spotted Wood Kingfisher... Male! Close! Perched! And very photogenic. 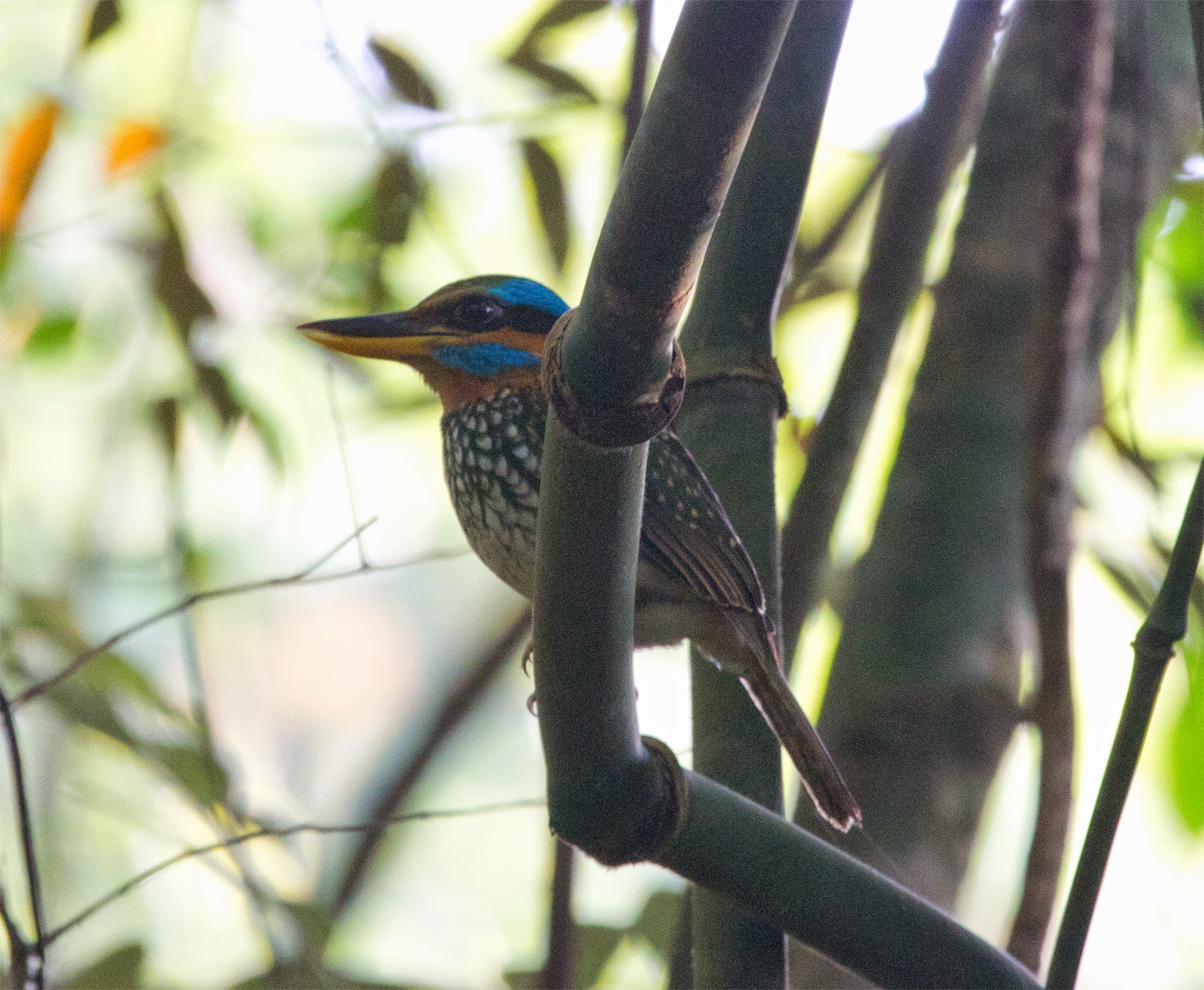 This was a big result, it was a huge target bird, it was perched on the very edge of the forest road and so close too, it even let us edge closer and into slightly better light, stunning. 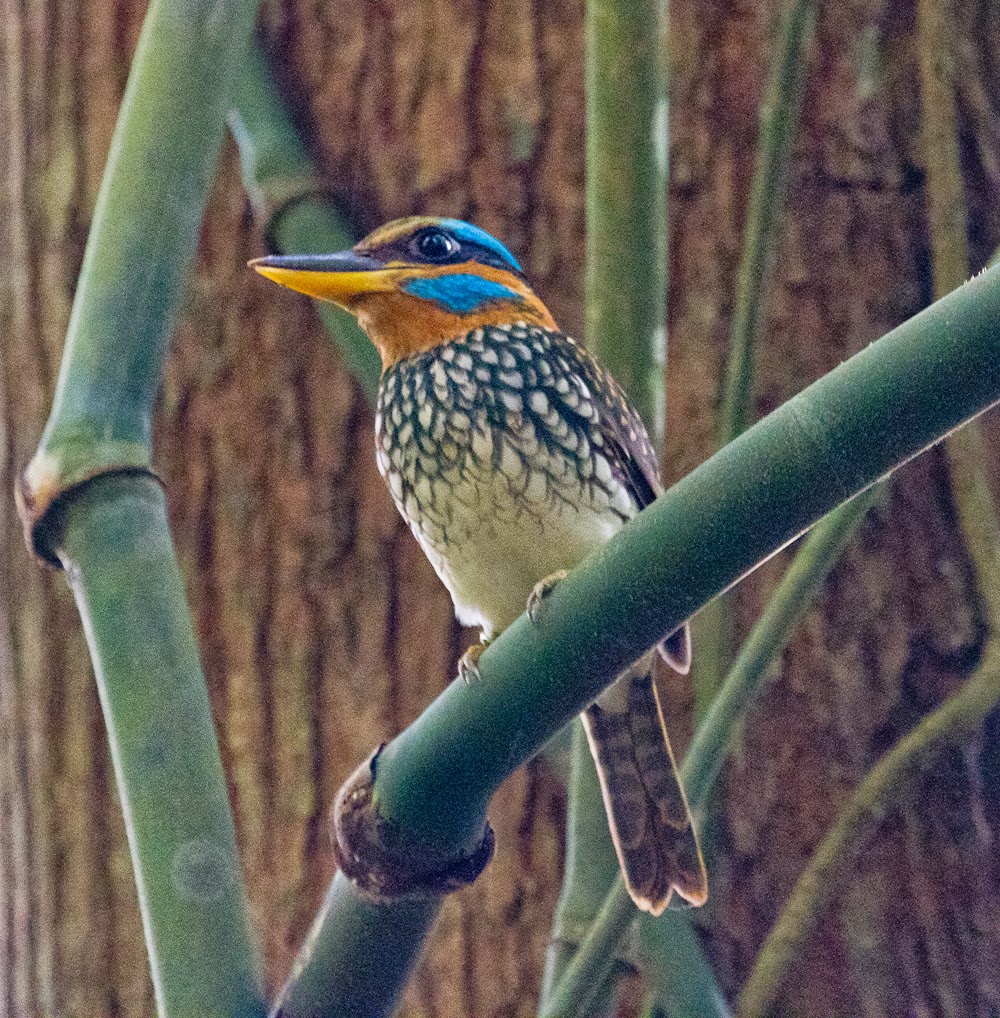 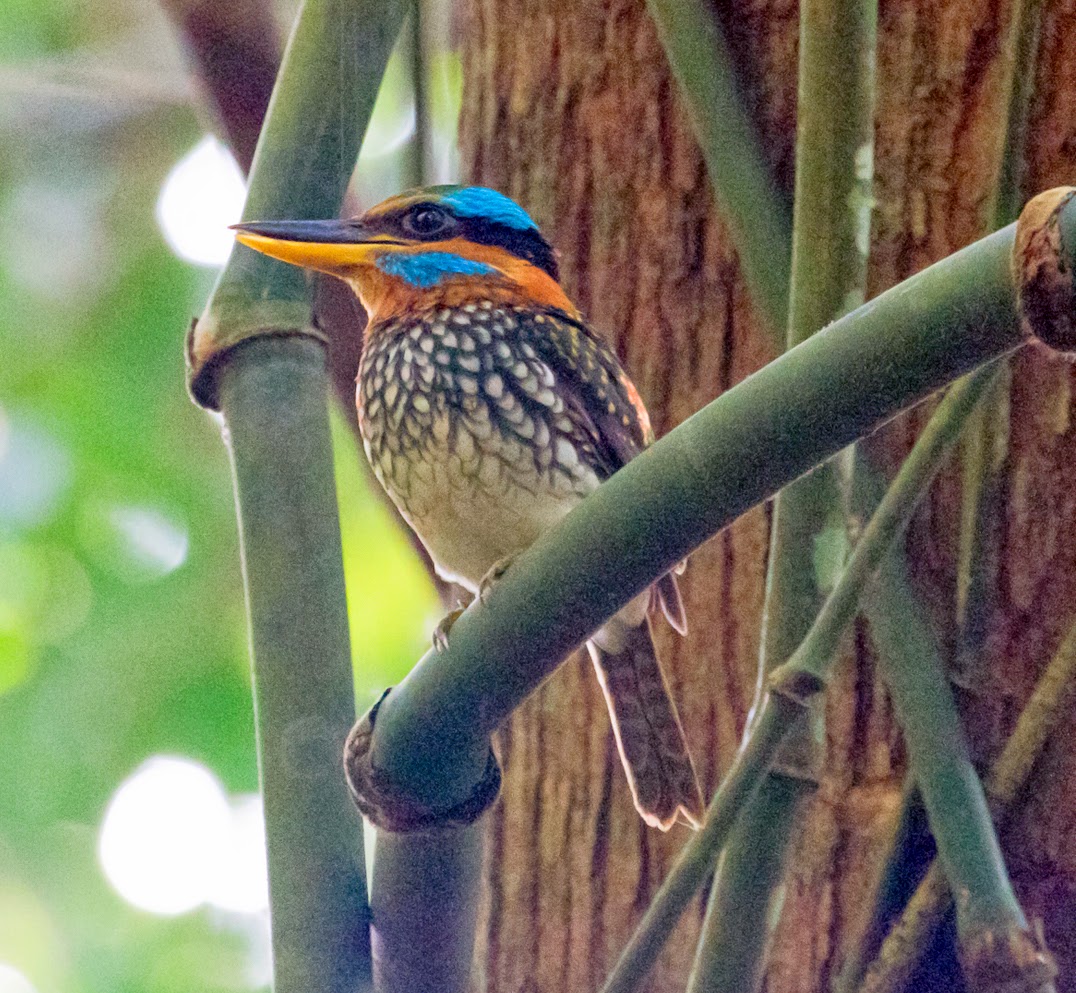 Phew we can walk down hill now. The luck continued, we tried for the White Browed Sharma again and after getting a little bit of a run around from it, this showed too, yes only for a few seconds, but I was more than happy to put that bogey bird to bed!

We finished off with a Lesser Coucal.

Mt Makiling eventually came good, the rain ruined one day but not our spirits, and we bagged some real quality birds.

We were now on the road again to the airport where we would fly to Palawan
Posted by Dave at 20:54