Thought I would add this review that I produced for my County recorder of two species that I am lucky enough to have in the garden during the winter months.

Lesser Redpoll Carduelis cabaret is a fairly common species in the UK and one that visits gardens up and down the UK especially when the winter months draw in.

Mealy Redpoll Carduelis flammea isn't so common and is quite scarce and usually very localised although we do have some years when large influx of birds arrive from Scandinavia.


I had just returned home from twitching the American Buff bellied pipit and Siberian Chiffchaff when I noticed on the two Niger feeders were a large flock of Lesser Redpolls and within this group were possibly what I regard as my regular Mealy Redpolls. Proper inspection showed I had two together on the same feeder. Large, bull necked and paler they stand out a mile from the more slender and elegant Lesser Redpolls. I have certainly been able to get my eye in on these species variations over the last four years or so and instantly felt confident and excited that they were back.


Sunday 29th December just a single Mealy Redpoll appeared although a morning’s walk meant I only had an hour or two to inspect the feeders.


Monday 30th December and bam…….. 3 Mealy Redpolls. Two were very light individuals and one ever so slightly darker, but unmistakable. Phil Oddie had already asked to be kept informed and he duly came round, verified the sighting and went home happy with his local patch year tick (well, 3 x year tick). 38 Lesser Redpolls were counted also.


The weather now turned very stormy and 31st and 1st January were a write off in the garden and only managed a brief glimpse of 6 Lesser Redpolls on New Years Day.


I think the stormy weather had an effect on the garden as the next two weeks were fairly quiet with low numbers of all garden bird species and with my work pattern I wasn’t able to see any Redpoll species again until 23rd January 2014 when a large flock of Lesser Redpolls arrived with 25+ on the feeders. A day later and even better  as this time 32 Lesser Redpolls and you guessed it…….. 2 more Mealy Redpolls.


Unfortunately this was the last sighting of the winter, however my garden was now starting to become a pre-roost for the local population of Redwings. On a daily basis before last light a flock of upto 35 would sit high in the Willow for around 45 minutes before flying off. 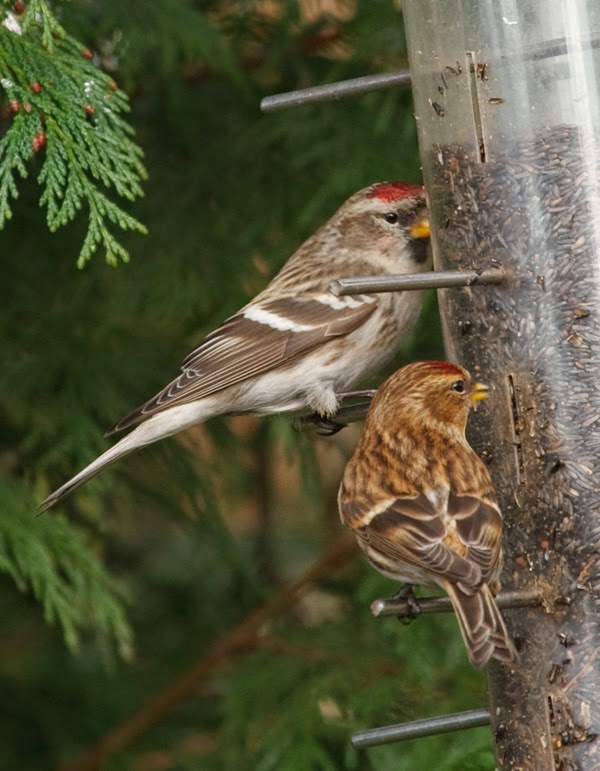 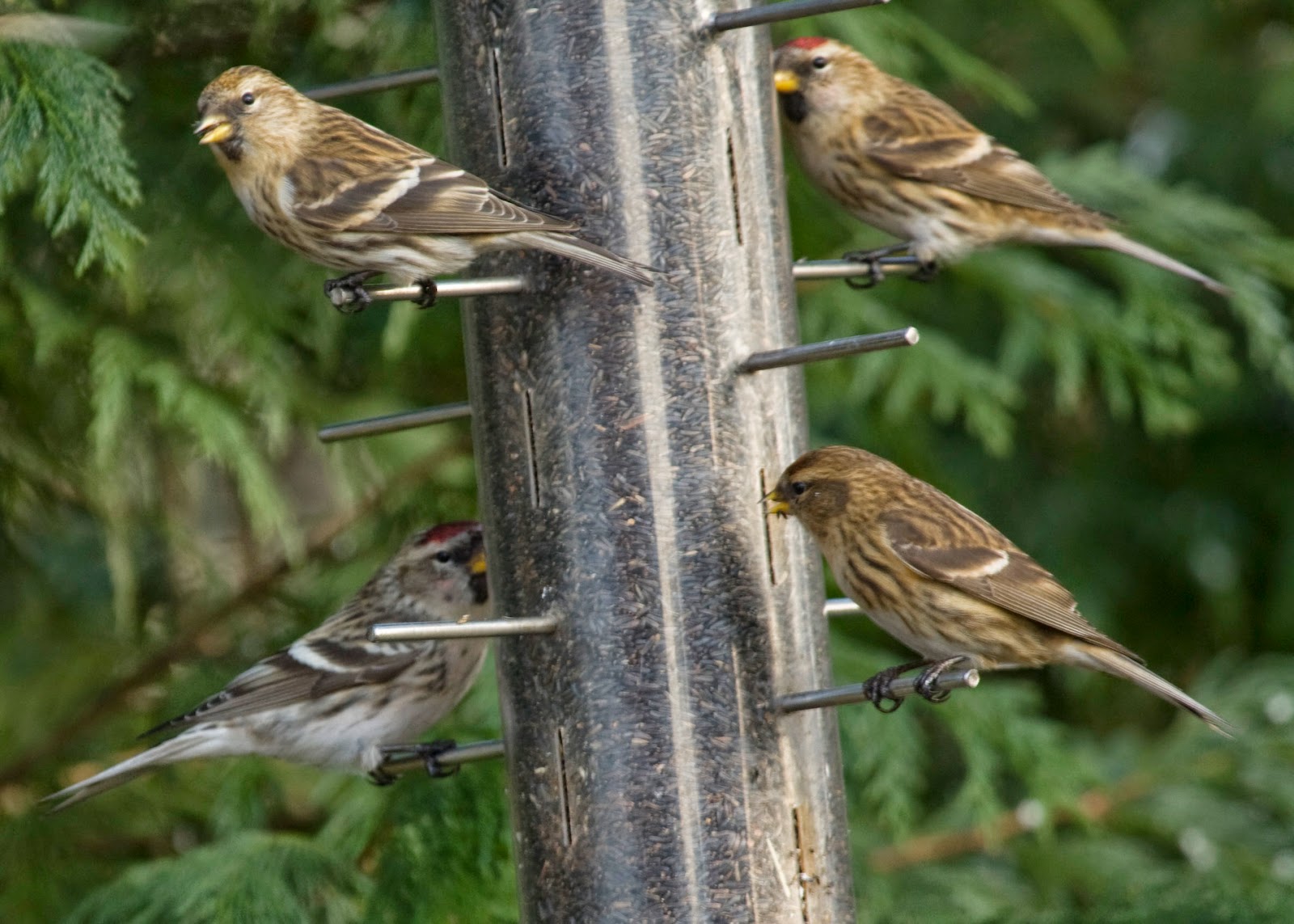 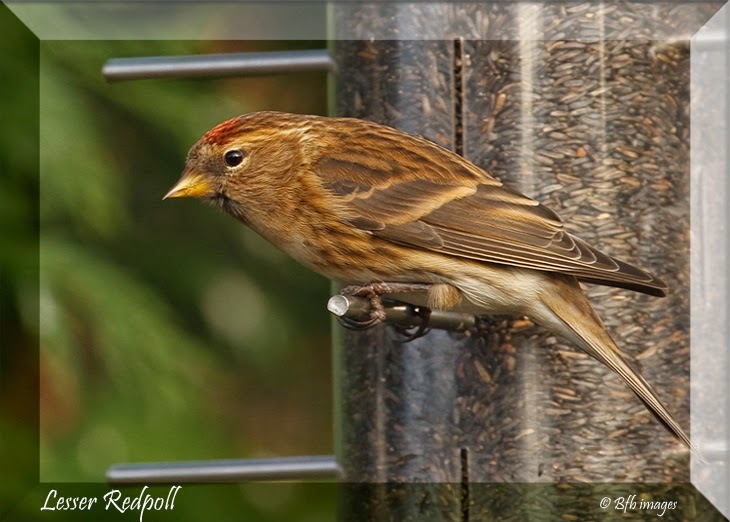 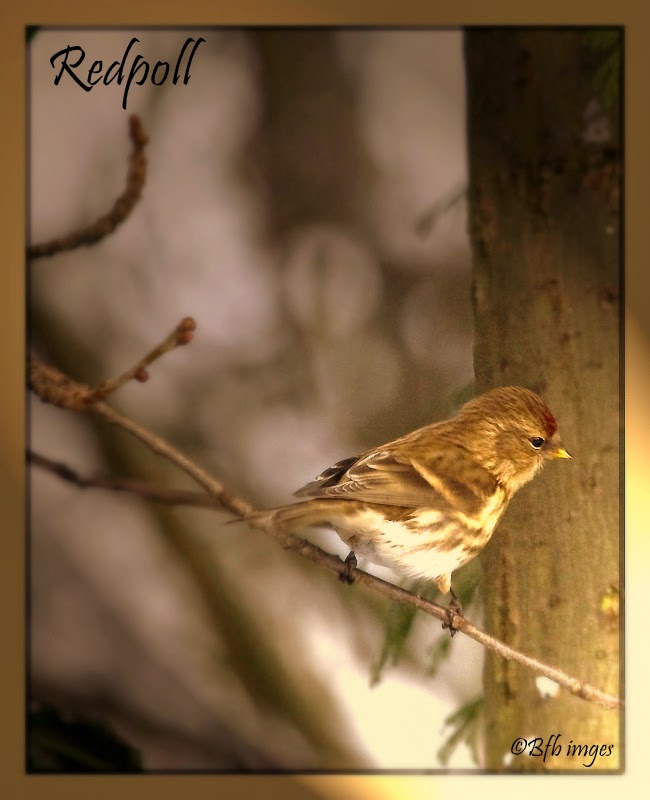 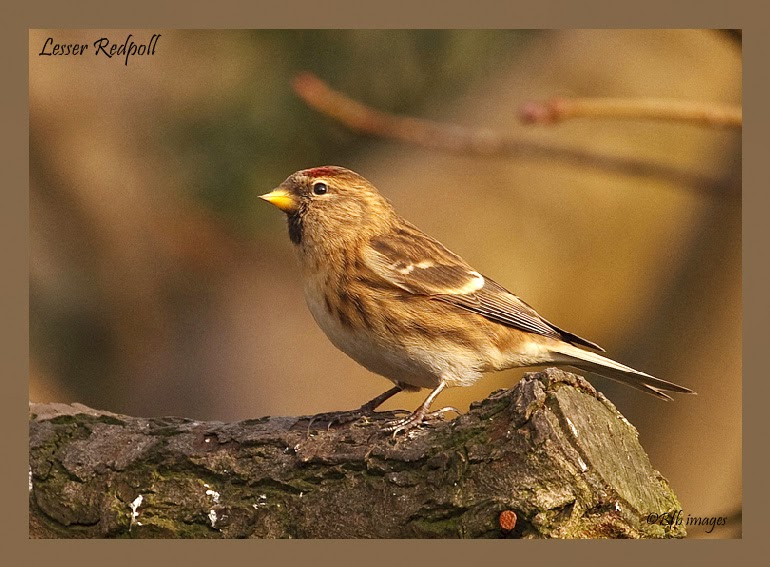 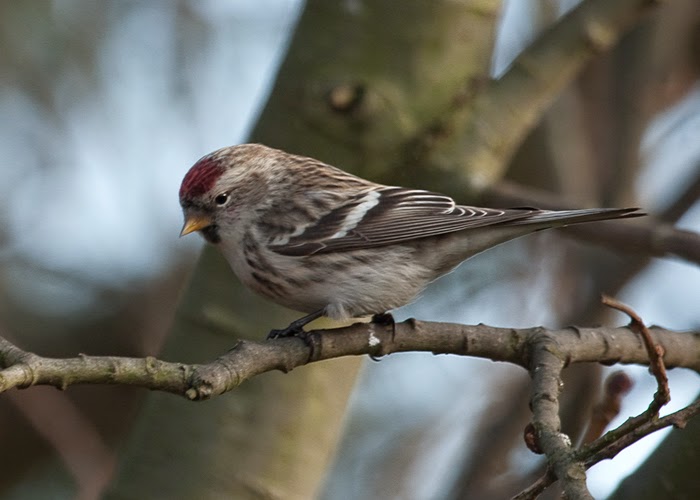 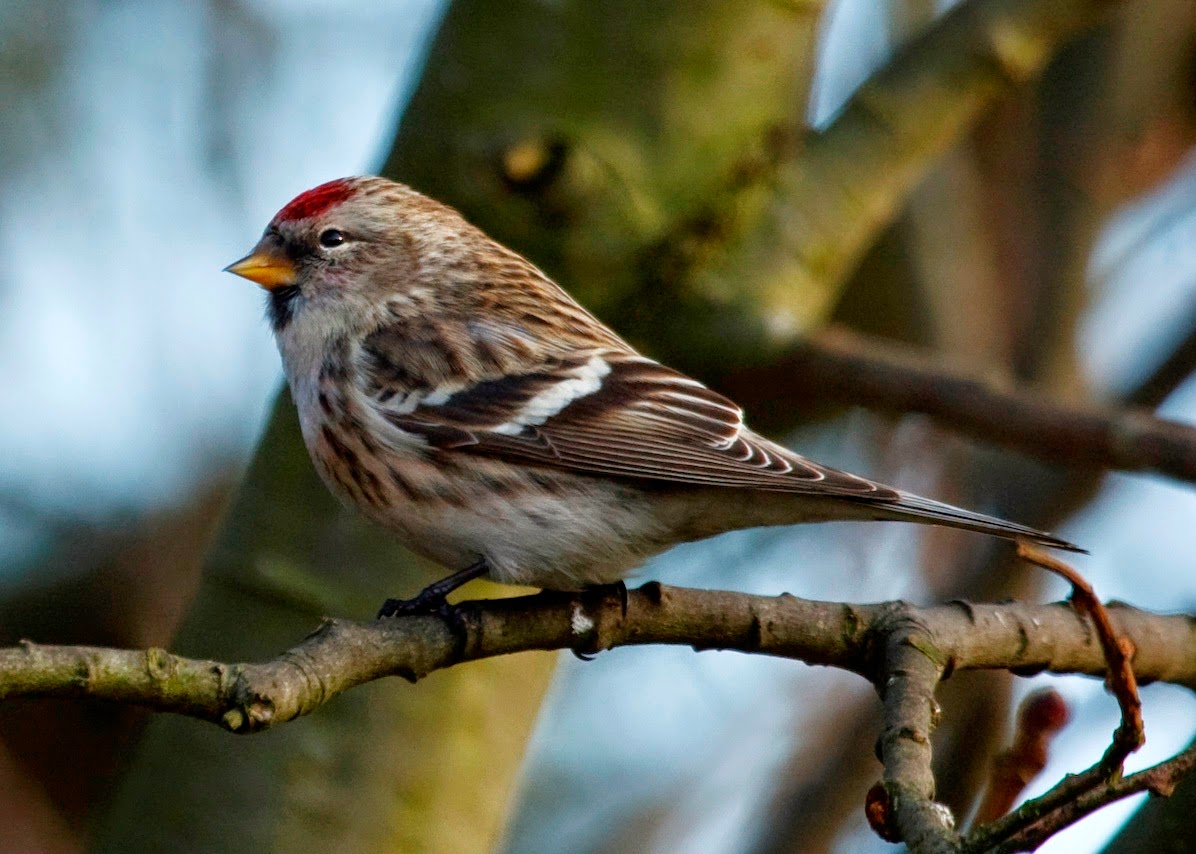 We often see Common Redpolls and sometimes Hoary Redpolls here north of Toronto. There's a strong family resemblance to the varieties you have there!

Greetings from Dubai! Love those Redpolls.Really enjoyed going through your blog and those Great spotted woodpeckers from your previous post are awesome. Have a great week ahead! Will be back soon...

Marie, EG and Shantana thank you all very muck
Dave