A mammoth 726 mile return journey to the Scottish Highlands to try and locate Crested Tits. A little planning and a back up plan of an overnight stay just in case we didn't get to see them on the first time of asking.

A 02.00am start and we arrived at Loch Garten at 08.30am. Chris and myself had the reserve to ourselves which is probably no surprise as the Ospreys have long since left for the winter and ..... well, the winter had set in with a glorious dump of snow over the previous few days and nights leaving the approach roads precarious even if the surrounding landscape looked fabulous with its blanket of deep snow.

We had three species that we were keen to see Crested Tit, Scottish Crossbill and Red Squirrel.

We were first entertained by the incredibly friendly Coal Tits. Over 100 followed us up from the car park to the feeder area (almost checking out our pockets for food). We arrived at the closed visitor centre and located the feeder which was trying its best to keep 100+ Coal Tits, 3 Greater spotted Woodpeckers and a number of other woodland species happy. 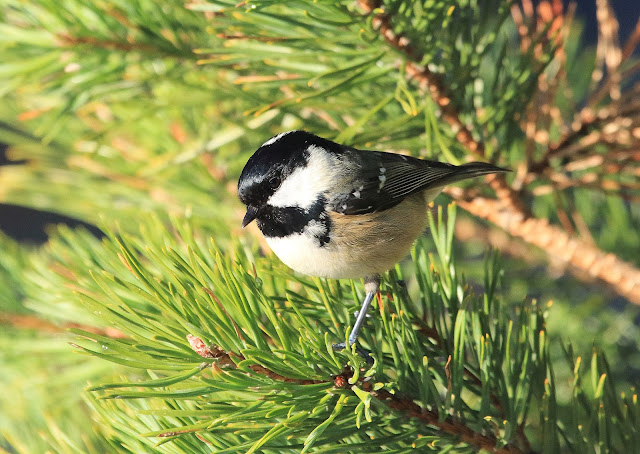 We soon had a Red squirrel on the feeder aswell...... there was certainly not enough room for everything. 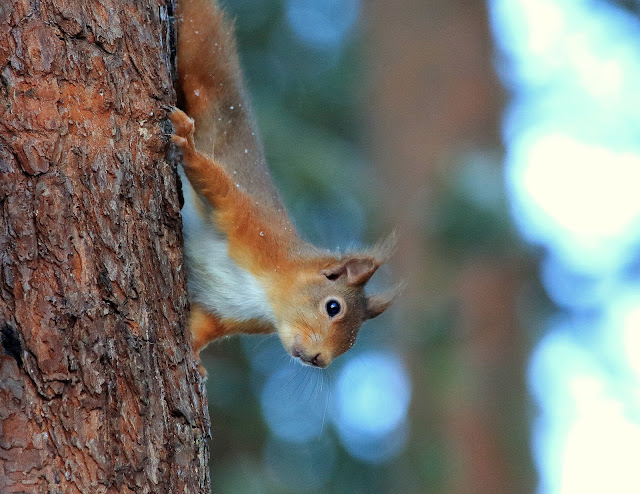 I went back to the car for some bird seed and the party started. Chris had 4 Coal Tits feeding from his hand, then later on 3 perched ontop of his Camera Lens, one on his hat while dozens were happily to come and land inside the seed tub. An entertaining encounter. 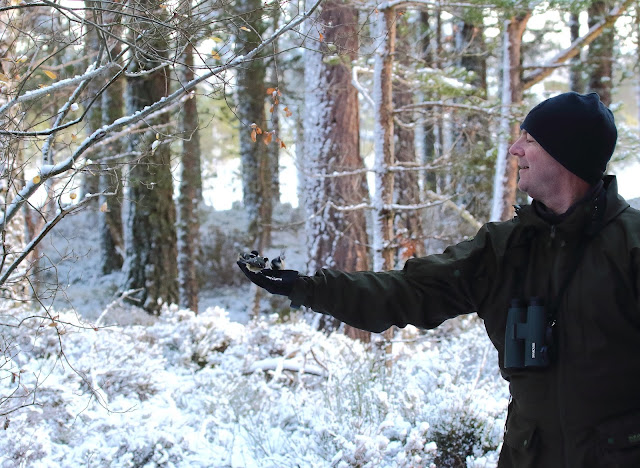 The two Red Squirrels showed well all morning around the feeder area. 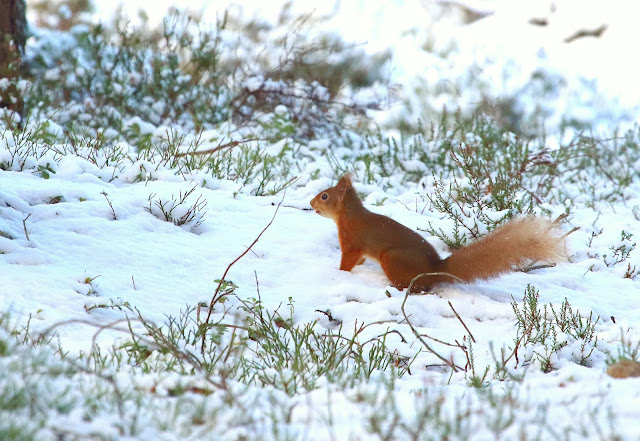 However we were really here for the Crested Tit. We had been waiting in freezing temperature for over 2 hours and we had only heard a single call from somewhere within the forest, then at 11.00am a distinctive trill came from almost immediately in front of us and there picking its way through a low bush was a wonderful Crested Tit. It joined the Coal Tits on the feeder and Chris and myself high fived and spent the next 3 hours enjoying this charismatic small bird. During the afternoon we were fortunate to have a second Crested Tit in front of us. 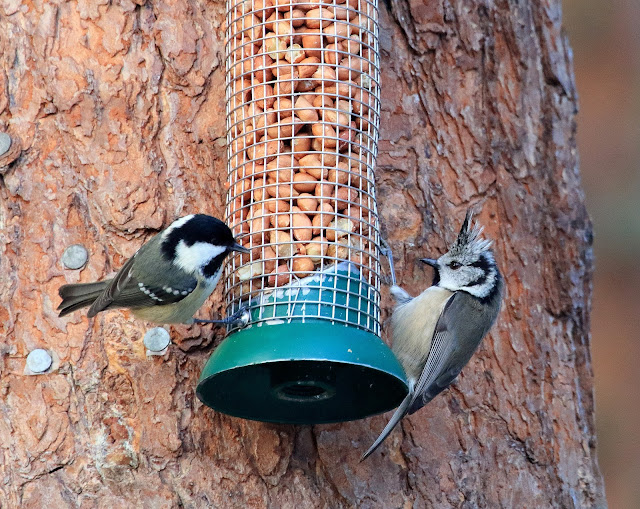 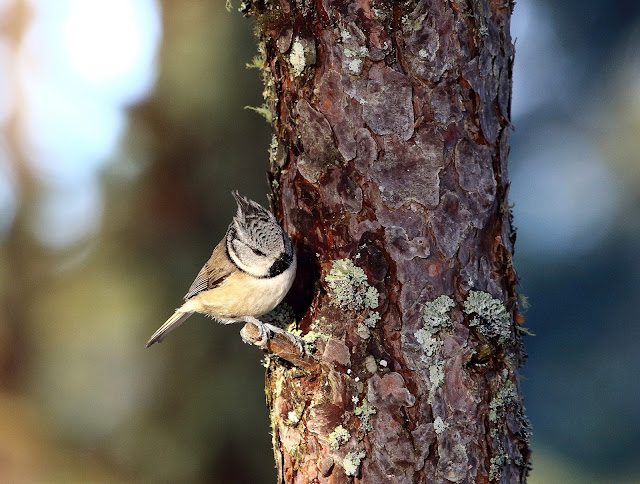 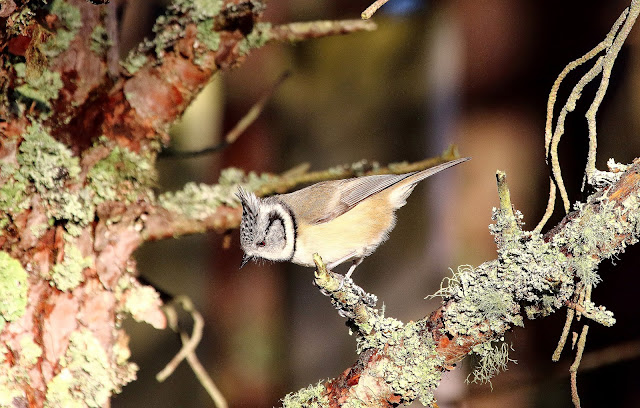 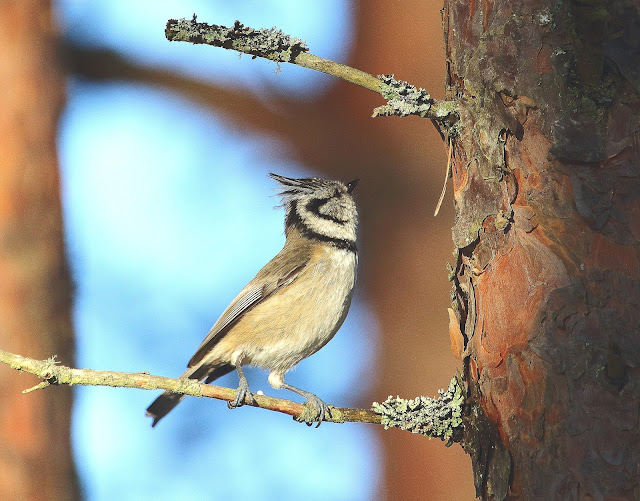 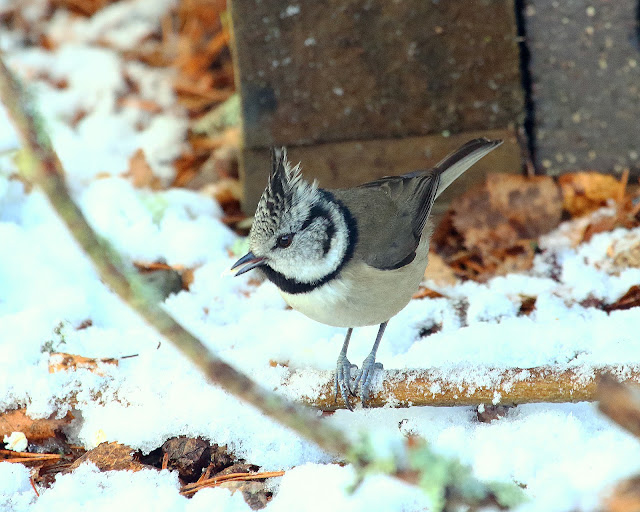 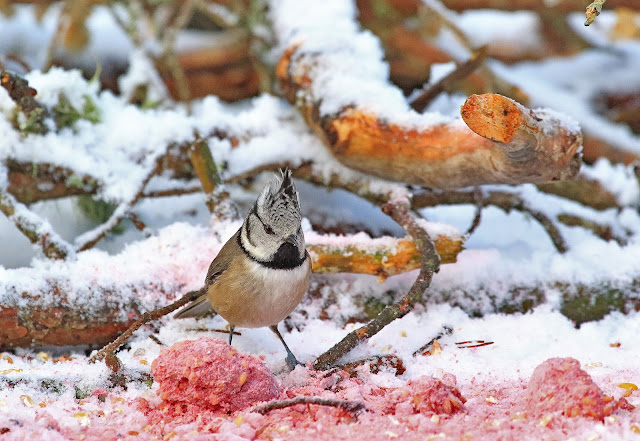 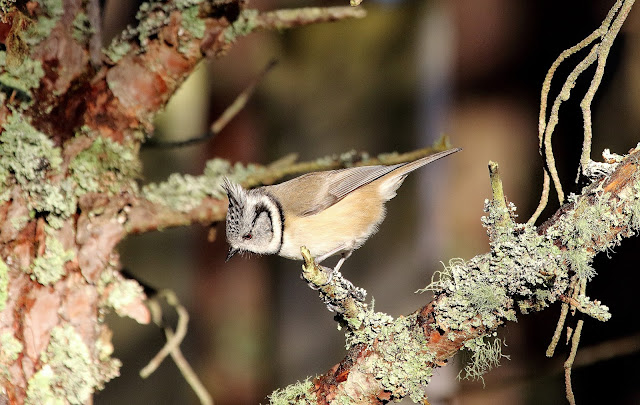 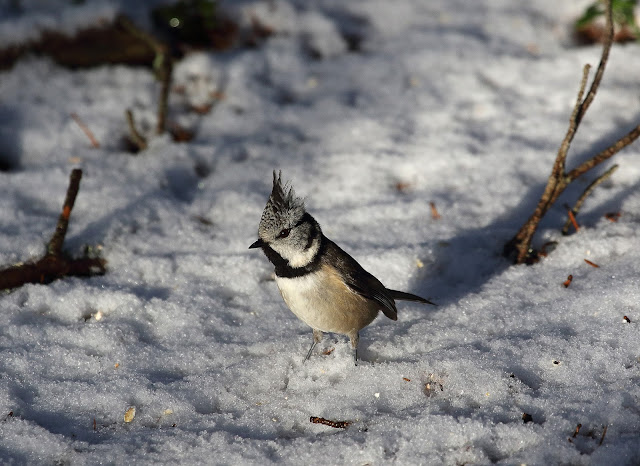 We had certainly cleaned up on the Red Squirrel and Crested Tits and had no sightings of any Crossbills. We knew the weather in the Highlands was going to turn even more wintery over night so made the decision to set off for home before early evening while the roads were still drivable.... a good decision as it turned out. 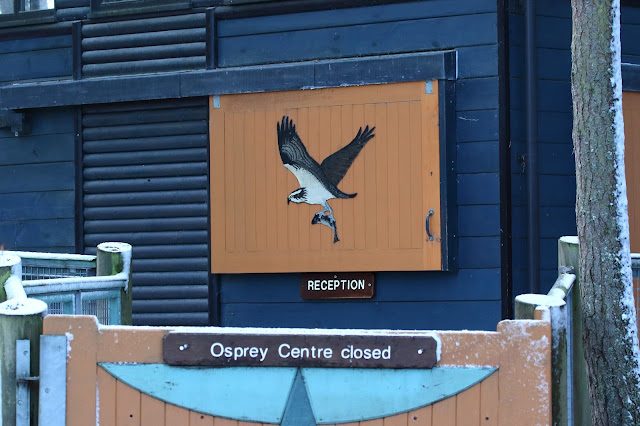 All in a days work!

Dave, I'm very jealous of both of you. What a fantastic experience and some superb shots. Not sure if I'd like that journey though. That's a hell of a journey. Great stuff!

Hi Adam, agreed! a hell of a journey, however mission was accomplished and we made it back to Glasgow before the light disappeared making the second leg of the journey a breeze...... Left home at 02.00am and back home at 21.00hrs.
Its amazing what you can achieve within a day.

Well worth the journey I would say. You got great images og the Crested Tit and wonderful that the other Tits feed out of your hand. They must have been used to other people doing that.

What a great day out! The light, snow and wildlife were a perfect combination. Never did manage to get Crested Tit - maybe next year (or the one after.......)

How exciting for you. That Crested tit is a gem. I like the little coal tit too. Very pretty little birds.

Oh my gosh, I am very envious!!! That looks like a very nice day out. Those birds are very interesting. Your photos of the CRTI remind me of our BRTI. They are beautiful birds. Congrats on a great day out!

Hi, Dave! The photos are magnificent! Thank you for supplying our little friends with food. They do need it especially in winter.
Sincerely,
Claudia
Last comment - essaytoday.net

Crested Tit is a bit of a nemesis bird for me. I missed it in Spain in 2014 (other than for a one second glimpse) and found it in Scotland after much searching last year, but again briefly and not a good look at all. I suppose everyone has a bird which fits into this category.

Awesome! Your holiday experience this time is very pleasant. Thank you for sharing your vacation experiences and knowledge. komodoresort.com