A localish afternoons birding with Jeff to try and get some early migrants. Goyt valley and Danebower on the Cheshire Derbyshire border is a reliable area for a few species that would be good to get in early spring. Cuckoo, Tree Pipit, Common Redstart, Pied Flycatcher and Ring Ouzel.
Danebower 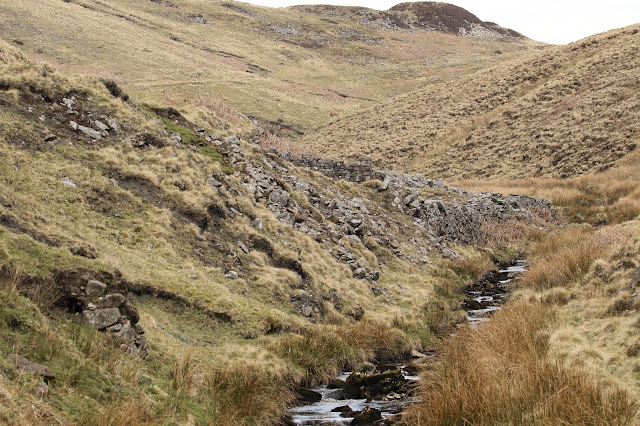 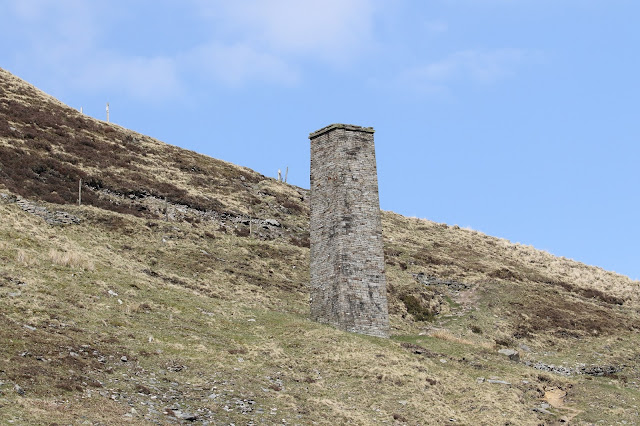 We started at Danebower which would have only given us the Ring Ouzel... unfortunately it didn’t. Meadow Pipit and Northern Wheatear were the best we could do. 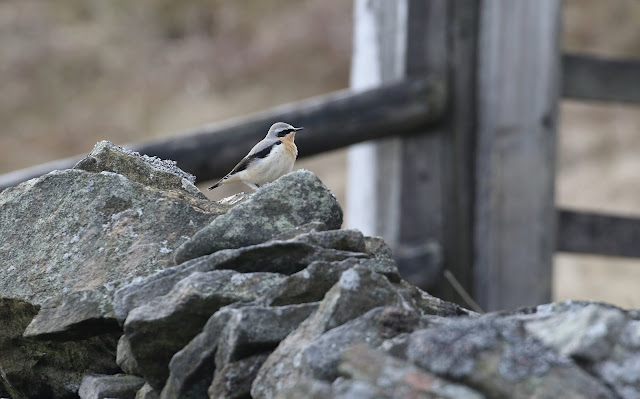 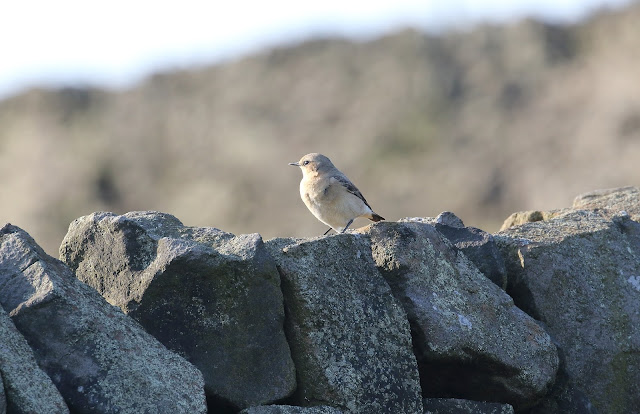 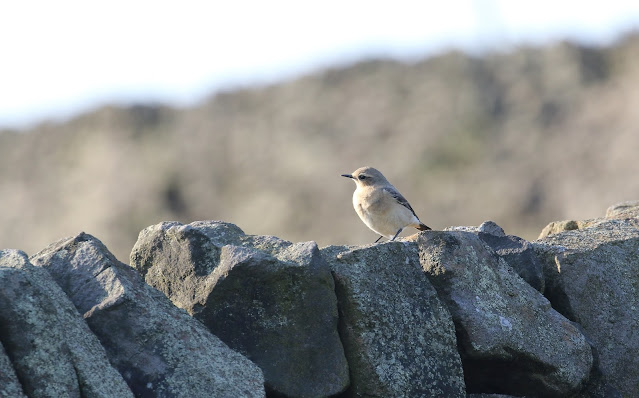 A short drive to the Goyt valley is the area to pick up the rest of the targets. Cuckoo is a bit of a lottery at the best of times and although there have been a few calling Cuckoos in the county during the last week it is in reality still a little too early. The reliable spot for Pied Flycatcher and Common Redstart was extremely quiet of most bird life, again sightings in the county have started to come in, so it will only be a matter of days rather than weeks. Along with a Common Sandpiper this Treecreeper was the best we could muster. 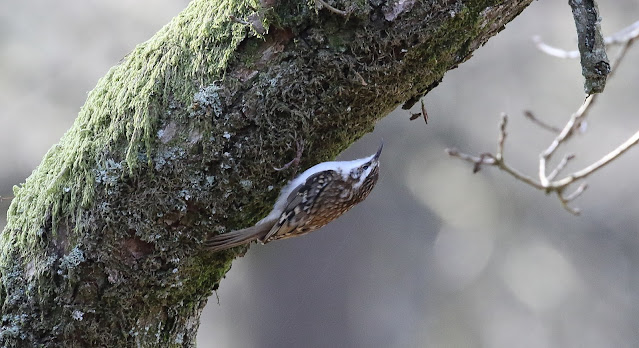 A stop at Sparbent on the Danebower road to see if Ring Ouzel were there also failed but it was nice to get a year tick with 8 Golden Plover that were flighty and too distant to photograph. A single Lapwing and Red Grouse were a nice compliment to the day as were plenty of Curlew coming into roost. 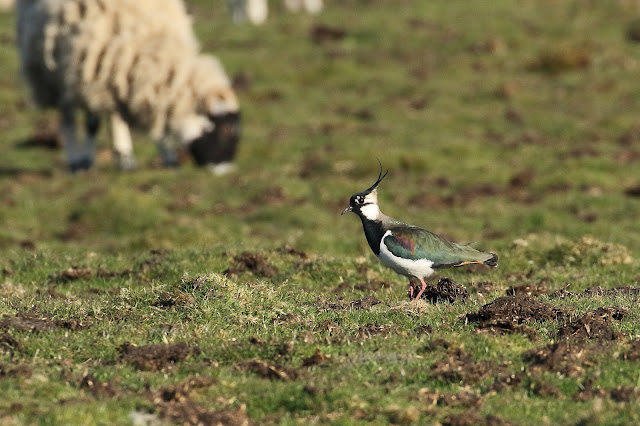 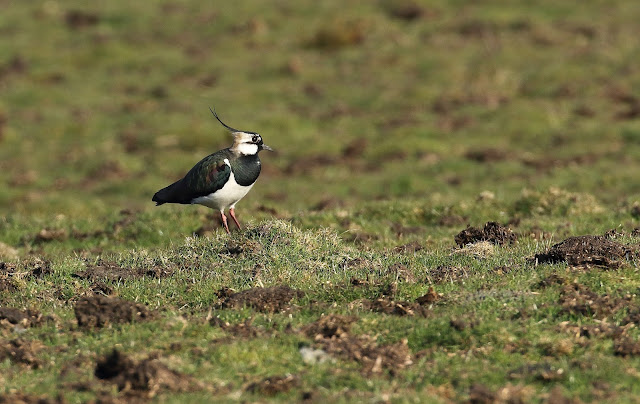 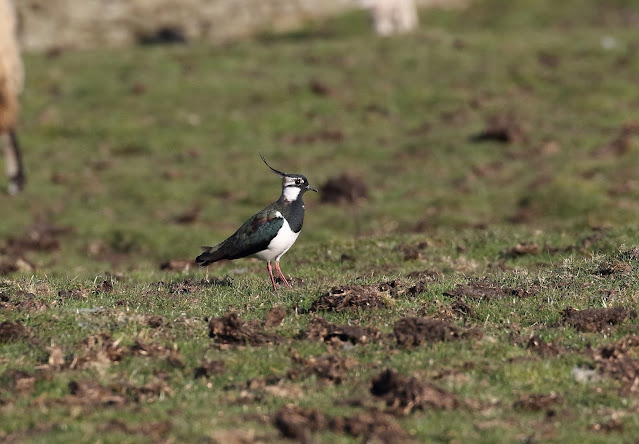 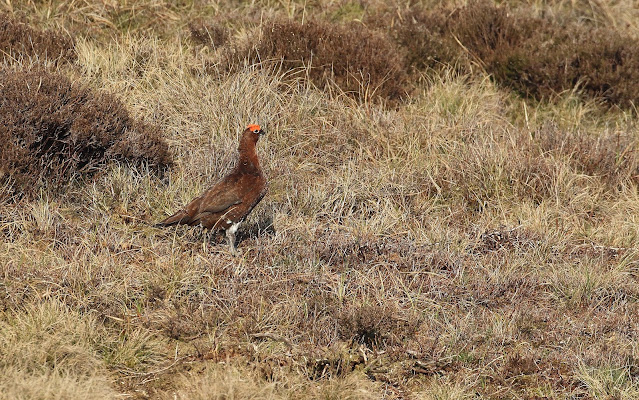 I finished off with a drop down to Wildboarclough to see the resident Dipper. Luckily a pair were very active collecting food, probably for the newly born They look to have Mayfly. 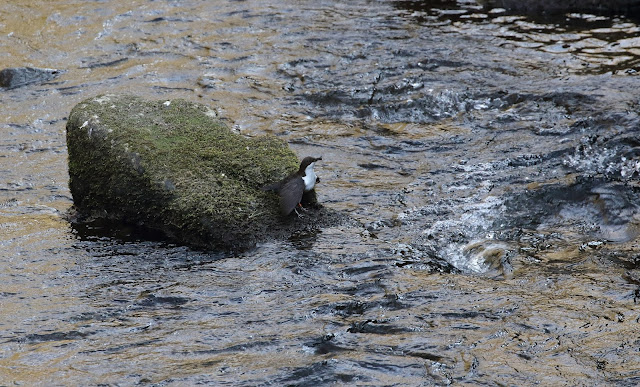 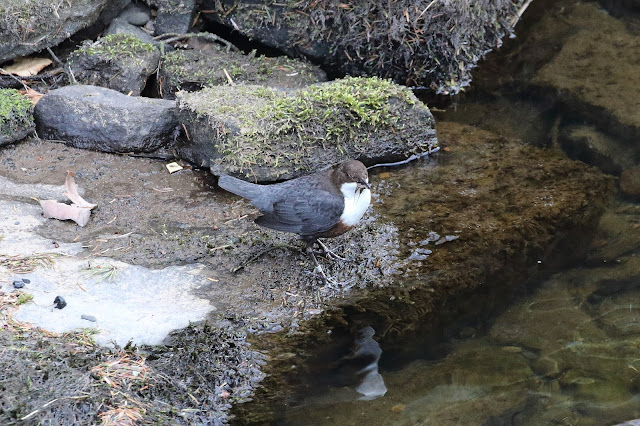 As the post title suggests all the target birds were missed as was the planned pint as Covid has shut the local pub. Fresh air, good weather, a catch up with a pal and a few good birds ensured the afternoon wasn't a complete let down.

I think we all have to make the best of things during COVID, Dave, and an outing with a good friend is a pleasant experience not diminished by missing a few birds, all of which you will have another chance at soon. The Dipper alone would have made my day. Ring Ouzel has been a bit of a nemesis bird for me, having dipped several times over the years on visits to Europe. I finally got to see it with Richard Pegler in Scotland one bird, one time - and a fleeting look at that. I can only hope for another chance one day.

It was still a great outing, I would love to see a Lapwing...the creeper is really fine as well...glad the stay in orders are lifting so you can regain some normal.

Well, despite not being able to photograph the species you had planned, the ones you could observe are all very interesting and perfectly set. Greetings Dave

I had a similar day on Sunday - went in search of Swift Parrots, but saw almost nothing except mountain bikers!

I have not seen most of the birds in the post for a number of years!

David, Sondra, Julio, Caroline and Stewart
Thank you all very much.
Keeping well here in the UK