Arriving into the UK a little later than usual the Cuckoo had been scarce on my local walks until recently. A walk with Liz from Bottom of the Oven towards Wildboarclough we spent some time enjoying the spring flowers while a Common Redstart called. A Cuckoo flew directly over my head and out of sight but called for a good while.

I decided to return the next day with my camera and was lucky enough to have it calling again but this time out in the open and flying from wire to wire.

It was constantly harassed by a number of Meadow Pipits which meant it didn’t stay still for long periods. 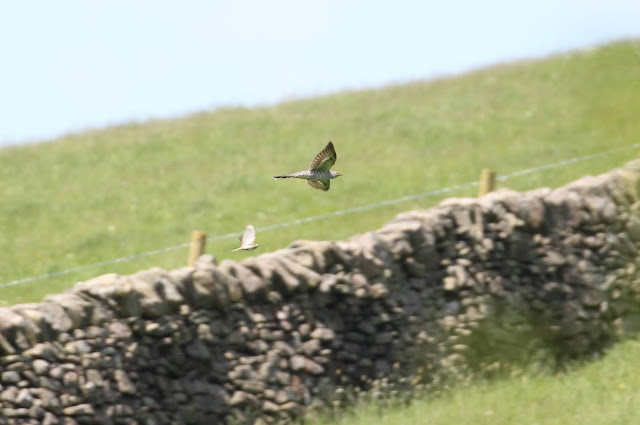 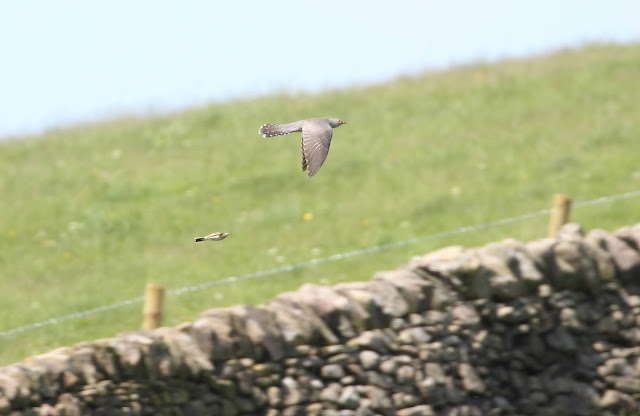 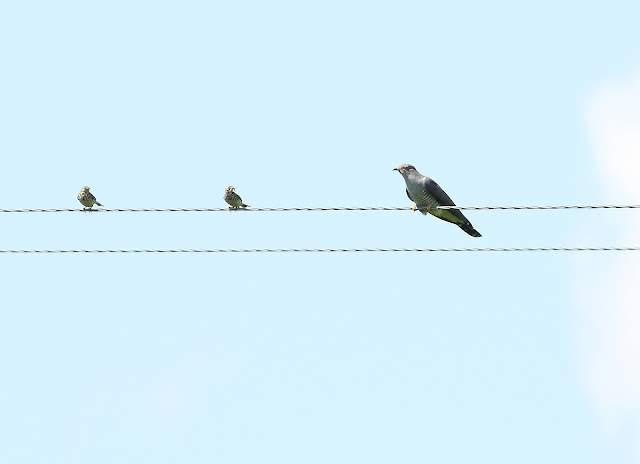 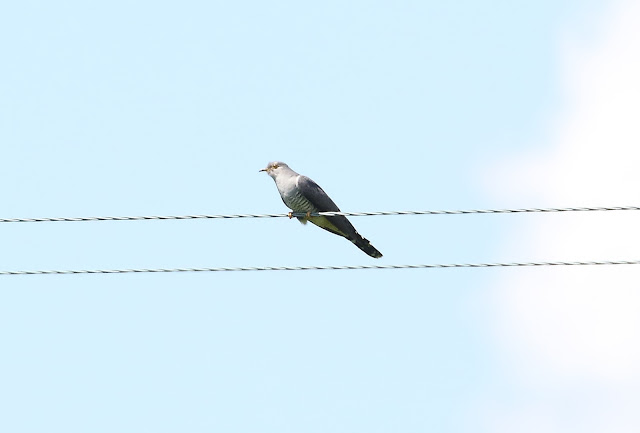 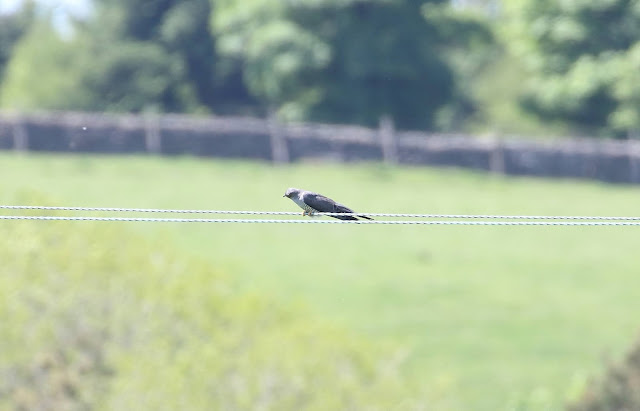 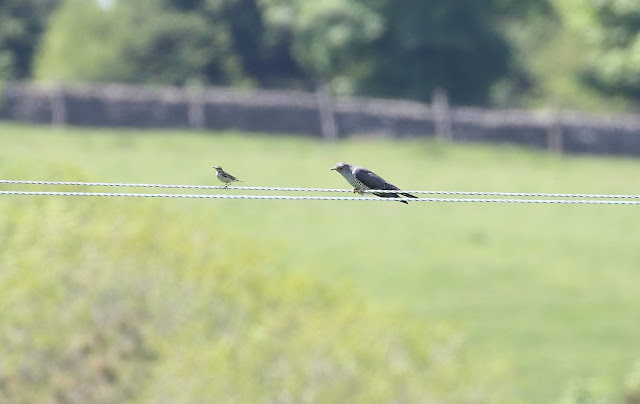 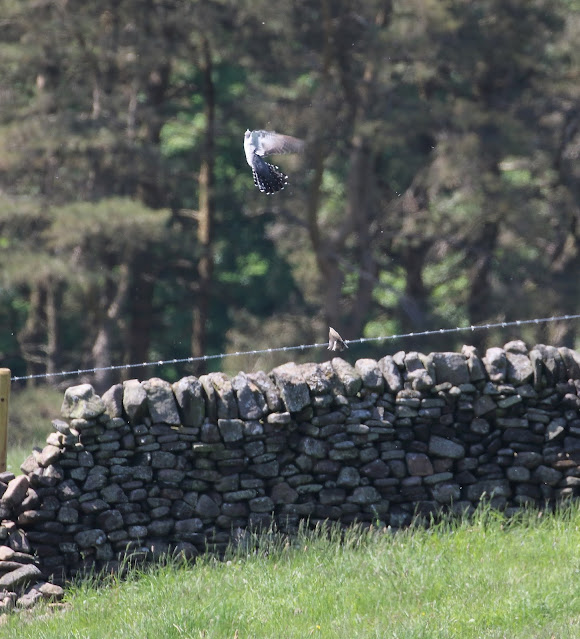 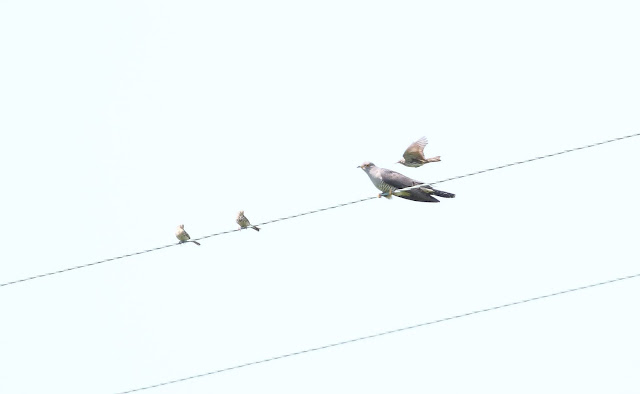 It was good to get a new Moth for my life list with this day flying Mother Shipton. 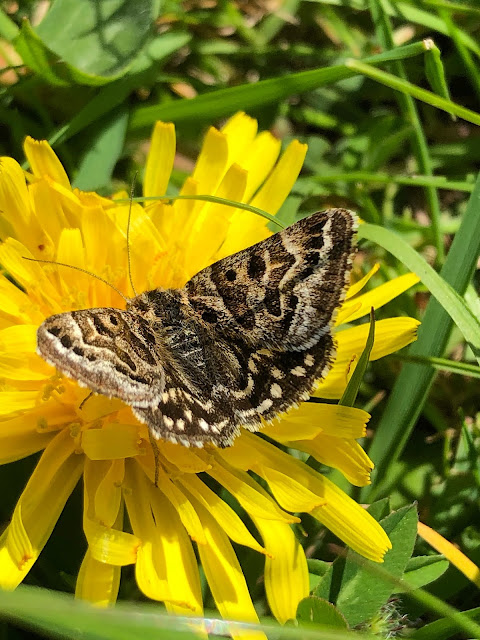 There is a certain irony that I have heard Common Cuckoo several times on visits to the UK, but I have never seen it there. I had to wait to visit southern Africa to do that!

Great shots..I have never seen a Cuckoo..Pretty Moth as Moths go!! ENjoy the rest of your week...

Well, I get harassed by geese. I enjoyed your post.

Thanks for the visit and I have enjoyed your blog. I have never seen a cuckoo but I hear them all the time!!! Have a good weekend Diane

My visits to Scotland are usually good for Cuckoo, Dave, but, althougb I've heard them I've yet to see one this year.

That's a great shot of the Mother Shipton! The only time I found one it took forever to get a shot of it as it flew every time I got within about 5 metres of it.