Frasers Hill, a full day of exploration..... I had read up on the place names.... Telecom Loop, The New Road, Jeriau Waterfall and the Smokehouse, now it was time to find out where they where. We eventualy found out that we were driving the Telecom Loop in the wrong direction..... didnt realise it was one way!

It turned out to be a very productive day with great numbers of Bulbuls and Flycatchers along with a host of other beauties. 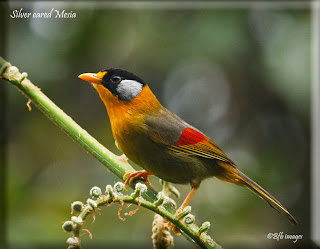 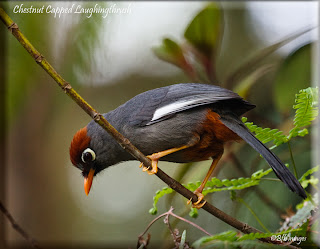 along with Long tailed Sibia these birds kept us entertained when we sat on the balcony with a Malt Whisky.

The Telecom Loop provided us with a great variety and a constant tick over of new species, during the morning the Flycatchers were showing particularly well... 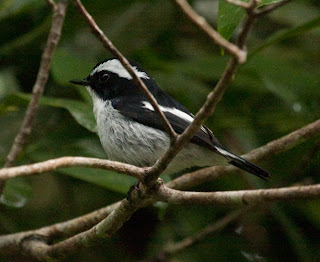 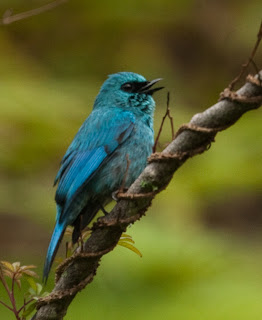 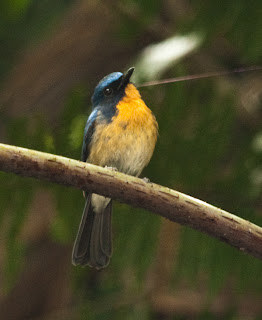 The lovely species wernt always easy to spot, but were usually well worth straining your neck muscles for when you picked out species such as the
Blue winged Leafbird 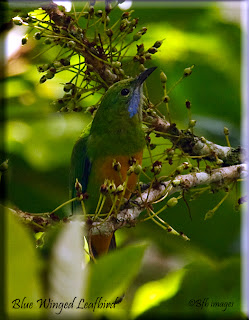 The Lesser Racket Tailed Drongo
seemed to be very common or just conspicuous, but who was complaining, its a stunning bird 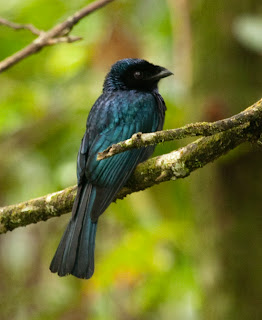 If you want a splash of colour, the Grey Chinned Minivets seemed to stand out in most of the bird waves that appeared, the female bright yellow while the males look rather dashing in their red capes 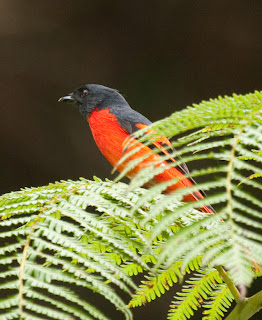 however the star of the show for me was this fella.
Streaked Spiderhunter 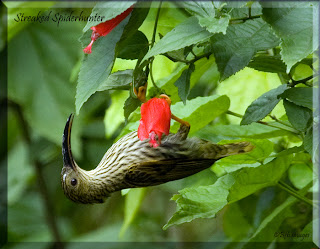 again another species seen in good numbers, and often upside down!

Fire Breasted Flowerpeckers, Lesser Shortwing, Blue Nuthatch, Black Eagle,Golden Babblers, Sultan Tits were amongst the many species that didnt make it onto the DSLR. Frasers Hill is a wonderful place to visit, we were to spend a couple more days here, now it was time to hit the trails.

These are stunning shots Dave! What a great day of birding you had!

Oh my gosh! I cannot believe these beautiful birds. I scrolled around until I figured out where you were -- and what a joyful scroll it was. What a wonderful trip. I can't believe how beautiful your photos are and how generous you are to share them with us. A fabulous place to go birding. Wow.

Such gorgeous birds! The Mesia has such amazing colors, and the spiderhunter is very cool too!

It's always a pleasure visiting your blog. These birds are gorgeous and new to me, I think. The photos are fantastic as usual!

Great capture of a series of gorgeous birds! Looks like you had a very productive trip!