Today we had a full day at the Kuala Selangor reserve, after yesterdays visit we knew our way around and were soon up and out....... and an hour later back to the chalet. The early morning start was a great idea but was intolerable due to mosquitoes..... we quickly spotted a Japanese Sparrowhawk and a Common Sandpiper before retreating for breakfast. Not to be put off an hour later we were back at it, this time the mosquitoes had dispersed allowing us to enjoy what the reserve had to offer. Olive Winged Bulbul, Pied Triller, Ashy Drongo all made it onto the trip list.
At the tower hide over looking the Heronry this awesome White Bellied Sea Eagle circled for a short while, almost at our eye level.... what a sight! Grey, Purple and Black Crowned Night Herons were all in large numbers 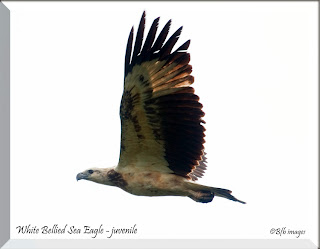 while lower down at the main lake were Jungle Myna, Little & Great white Egrets, Stork Billed Kingfishers while this Pacific Swallow took time out to yell out loud 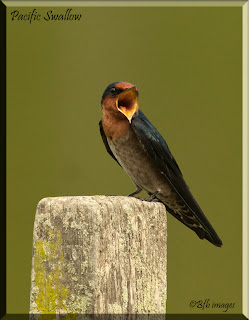 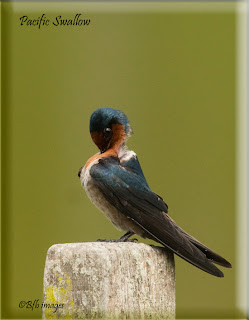 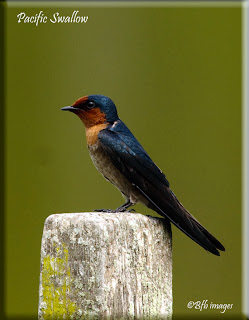 Not all birds were willing to be so showy, this Blue Throated Bee-eater sat atop of a distant dead tree 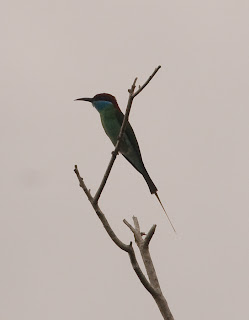 while this Brown Throated Sunbird wanted to remain anonymous.... almost 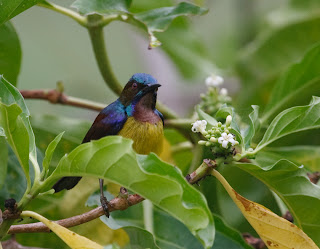 however the Woodpeckers eventually became obliging: 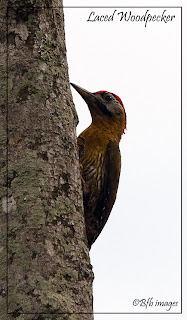 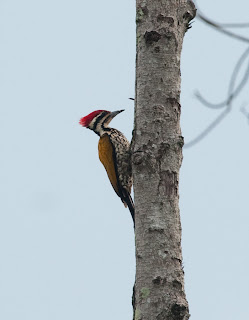 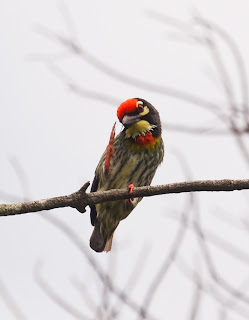 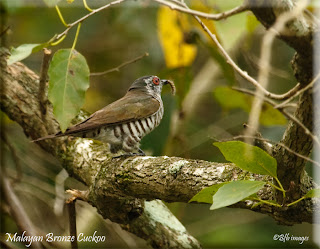 Monitor Lizards were to be found all over the reserve, this fella striking a nice portrait 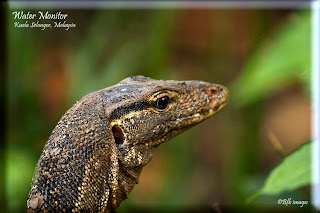 and of course where theres birds theres usualy Butterflys 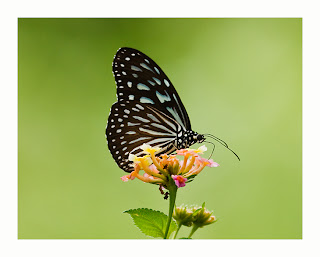 In the evening we met up with a local guide who took us spotlighting for Owls amongst other nocturnal creatures.
Buffy Fish Owl, Barred Eagle Owl, Long Tailed Nightjar and Mangrove Viper were all seen at very close quarters..... the Viper a little too close for comfort!
The 5 minute encounter face to face with the Buffy Fish Owl maybe be the most incredible sighting I am ever likely to witness..... utterly amazing!

Day 3 we travel and head upto Frasers Hill
Posted by Dave at 21:26

What a great line up of birds!! So colorful--great photos--enjoyed seeing that monitor and the butterfly too!!

Fantastic images Dave. You have captured some stunning wildlife.

It sounds like a wonderful trip and the photos are beautiful - but I laughed about the mosquitoes!

What a marvelous collection of beautiful photos!

Part 2 of this great adventure. Every picture is amazing.
They say it's good for a bird photographers mental health to go out occasionally without a camera and just enjoy the experience of old school birding. Supposedly it helps to calm the obsessive compulsive temperament found lurking in so many bird photographers.
Frankly I think it's hopeless!

Sounds like a wonderful trip with great birds. I enjoyed all the photos.

wow -- so many awesome sightings on your trip! love to see that eagle, and your photos of the swallows are really awesome. And crazy about your encounter with the viper, definitely not something you want to find as a surprise at close range!

A very delicious series of sightings and colouful images from day 2.