The last day in Malaysia back in March. To be honest it was nothing more than a day of travel back to the airport. We had seen a few sightings of this species on our travels but usually in flight and distant so when Paul shouted stop (in the fast lane of a dual carriageway) we knew it must be worth stopping for.

We pulled off the carriageway and turned around back towards the bird where it was showing at the back of a small cafe in a banana plantation. 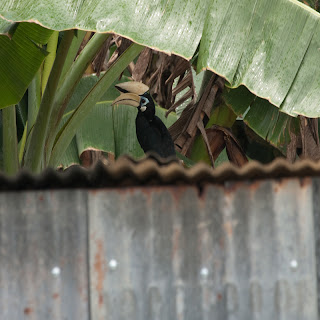 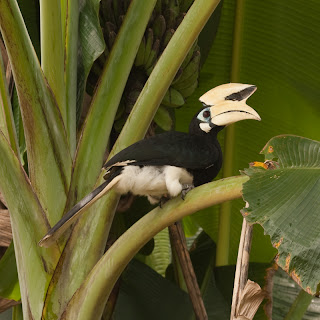 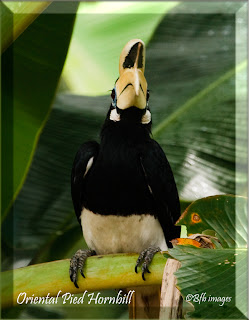 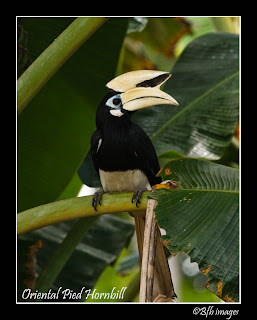 up close and personal 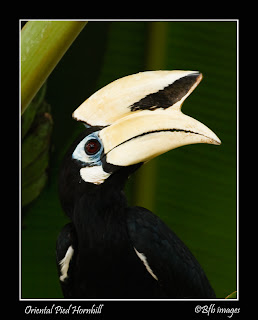 Field craft? or just a stroke of luck?

I think the latter on this occasion

such an incredible bill!

Wow!! Is he ever something. Boom & Gary of the Vermilon River, Canada.

What imagination and creativity of the nature! I was looking and looking at this horn,what meaning it had have, perhaps only that it seems to be handsome or beautiful :)

Great photos. Definitely worth stopping the vehicle and turning back to see it!

WOW, awesome sighting and your photos are wonderful. Well done!

WOW, awesome sighting and your photos are wonderful. Well done!

wow....how exciting!! sorta how i felt with my heron, so sure he would fly off but he stayed and posed.

once in a while they cut us some slack!!

Oh my gosh !!! When I saw the thumbnail of this fabulous bird I thought you had posted a cartoon for some reason. This bird is just unreal looking! But wonderful. I can't believe that you just stumbled across it and that it was so willing to pose. Your photos are wonderful and your luck as a birder is obviously phenomonel. I wish I could tag along on one of your expeditions. Since I can't thanks for sharing your wonderful photos.

Such an awesome bird ... so lucky to have gotten up close and capture him!

Hi there - what a cracking bird - I think I would have been going back for a look at well!

The frontal view is indeed unusual. These birds always look like a plush toy come alive. I wonder if there are hornbill plushies.

What a fancy bird! I love it:)

Congrats on seizing the right moment, Larry! What a weird-looking bird. Is that a fake second beak to scare off predators?

ouch, this one looks weird. I thought it was two birds at first.

You are lucky to see so many birds where you live. :)

Hilke its a good suggestion on why the extra bit of beak. Not sure of the answer but I will ask google and report back
Dave

"Field craft? or just a stroke of luck?" Or both!
I hope your readers are clicking to enlarge these phenomenal images. What a treat!
Usually my best chances come at the very beginning of a trek not at the end.
Amazing stuff Dave!

What a fantastic bird! Great captures!

Field craft not luck in my book you cheeky bugger...hello daave your my wife noww....

Welcome to my blog Dave