A trip into Derbyshire to try and see the returning Hawfinch. Just over an hours drive, including a quick stop to meet up with Jeff and we were soon parked up. Not more than a few minutes later and we were indeed locked onto the target.... 11 of them. Although quite distant we were more than happy. The fog rolled in which made photography near impossible..... for Jeff! I have my camera in for a clean and havent yet got it back so it was always going to be impossible for me to nab a picture!! so the following images are from Jeff... cheers mate :)

A single bird came fairly close to feed but again the poor light and fog made the chance difficult.


Hawfinch
They really are a fine bird﻿ 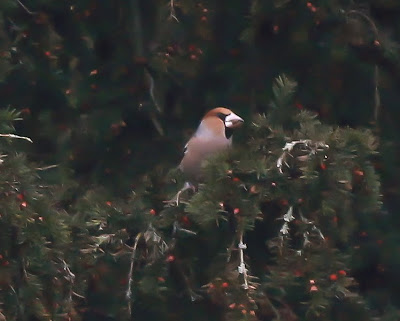 The flock dispersed soon after and for well over an hour we couldnt re-locate them, then just as we were packing up a flash of white tail feather flew fast overhead, 6 in fact. A twitch had now incurred and plenty of preying eyes soon found the birds. They came a little closer and gave some fantastic views while they fed. 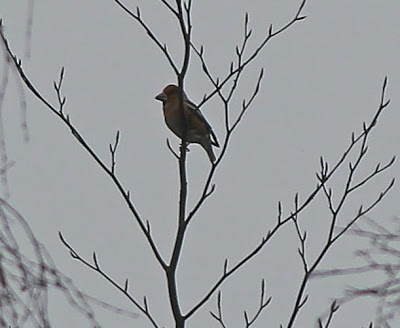 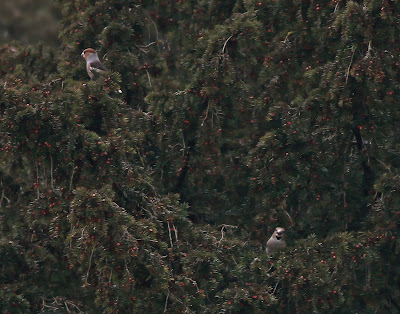 Email ThisBlogThis!Share to TwitterShare to FacebookShare to Pinterest
Labels: Hawfinch

What a brilliant bird to see. From Findlay