Last weekend I took the chance to see HMS Illustrious  as ahe docked in Liverpool. The visit by Illustrious acted as a taster for the major celebrations taking place at Liverpool’s waterfront over the weekend of May 24 to 27 to mark the 70th anniversary of the Battle of the Atlantic.
The famous Liverpool waterfront buildings 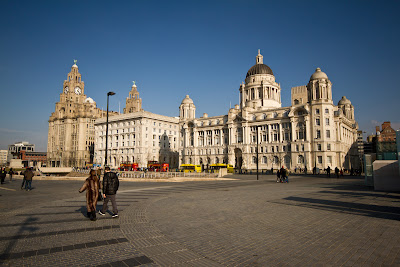 Remembering Britain and The States 1944 - United at War 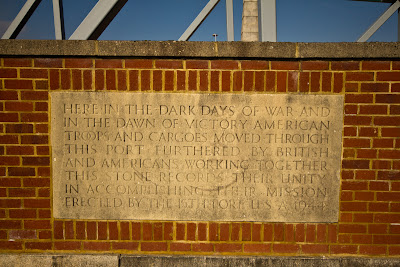 HMS Illustrious moored at the dockside 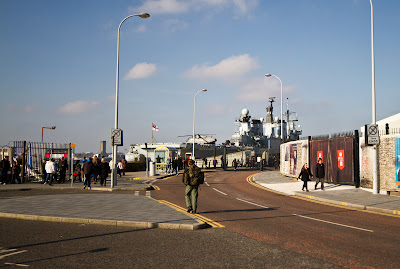 She is the second of three Invincible-class light aircraft carriers built for the Royal Navy in the late 1970s and early 1980s. She is the fifth warship and second aircraft carrier to bear the name Illustrious, and is affectionately known to her crew as "Lusty" . Illustrious was not commissioned until after the Falklands Conflict, but was deployed to Iraq and Bosnia in the 1990s and to Sierra Leone in 2000. An extensive re-fit in 2002 prevented her from involvement in the 2003 Iraq War, but she was repaired in time to assist British citizens trapped by the 2006 Lebanon War.
Following the retirement of her fixed-wing Harrier II aircraft in 2010, Illustrious now operates as one of two Royal Navy helicopter carriers.[3] She is the oldest ship in the Royal Navy's active fleet and it is envisaged that she will be withdrawn from service in 2014 (after 32 years' service) and will not be replaced until HMS Queen Elizabeth is commissioned in 2016. 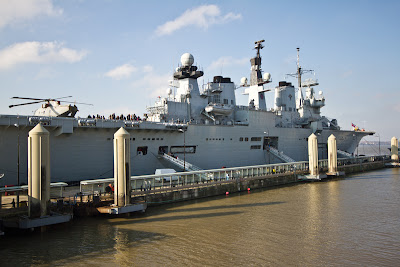 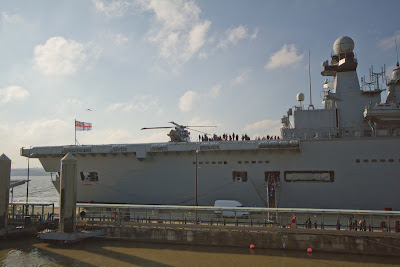 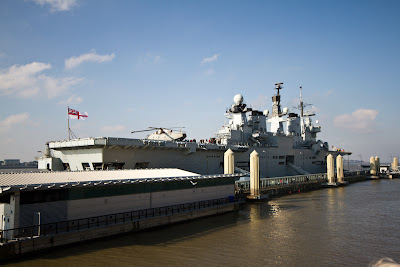 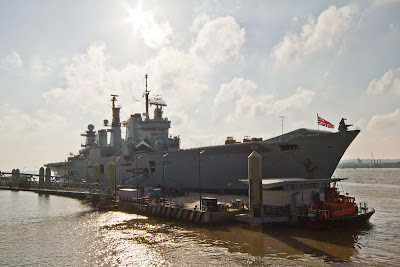 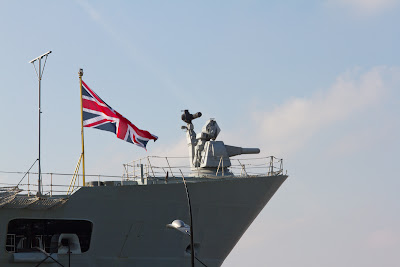 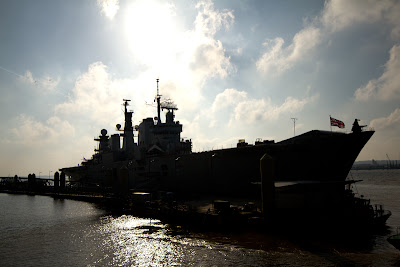 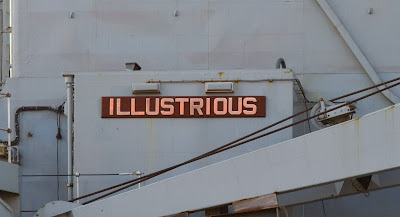 HMS Illustrious contruction started in October 1976 and she launnched on December 1st 1981
﻿
Posted by Dave at 14:28