The Avro Vulcan is a jet-powered delta wing strategic bomber that was operated by the RAF from 1956-1984. They were built as a nuclear deterrent and took part in conventional bombing missions during the Falklands War. A total of 134 Vulcans were produced and these were assembled at Woodford Aerodrome in Cheshire.

I am lucky enough to see her everyday when I do a visit to my local patch which overlooks the Woodford Site.
She has been in this location for years, gradually getting more and more run down and dirty.
something changed this week.... she moved
For the first time I was able to see her number 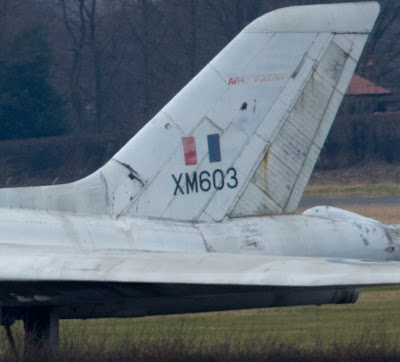 I did a little investigation work and found a few websites that are dedicated to Vulcan Bombers. I think this is the last completely white one built . Some discussion on forums suggest that she may either be worked upon and spruced up to become a gate guard at a proposed new museum at Woodford, while others think she may be dismantled and scrapped. Well after years of inactivity she has this week moved to this new position..... not sure what this means yet but I guess over the next few months or so things may develop 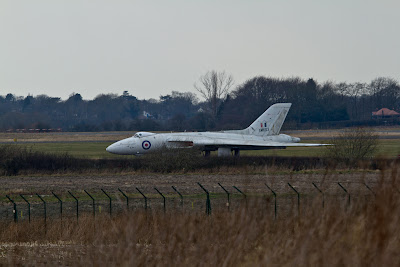 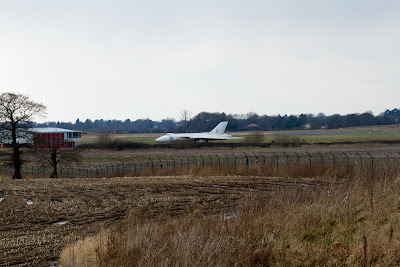 Email ThisBlogThis!Share to TwitterShare to FacebookShare to Pinterest
Labels: Planes

Always loved these planes and it's such a shame to see them just rotting away. Hope good times are ahead of her.

I live in handforth 5 min drive from here and use to go back of woodford every weekend got some brill pics of her over the years but not been since they moved her. They better not dismantle her she needs to be cleaned up. Poor girl :(

Cheers Anon - I will keep an eye on her movements