A fairly close Twitch through a couple of counties and into West Yorkshire. Word had it that upto 9 Two-Barred Crossbills had been seen for a few days. So the 4 musketeers (Myself, Phil, Jeff and Jason) set off to bag these scarcities. This would be a life bird for me and it came in for my No.227 UK bird and No.1040 World bird.

I shouldn't have been surprised to find a good sized twitch in progress as we arrived, good news was that a female had been seen 30 minutes before we arrived, so a little patience would be needed. After searching through a large flock 100+ of Common Crossbills to no avail, Jason pointed out the distinctive call and sure enough after about an hour we had the female......

The thick canopy, distant birds and poor light were never going to enable anything other than record shots, but sometimes just being there is more than enough. 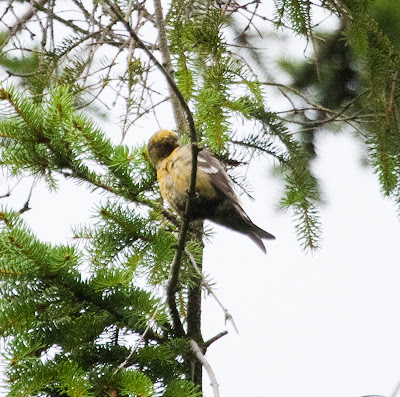 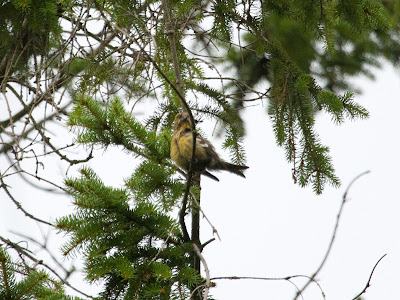 a few moments later we had the stunning male 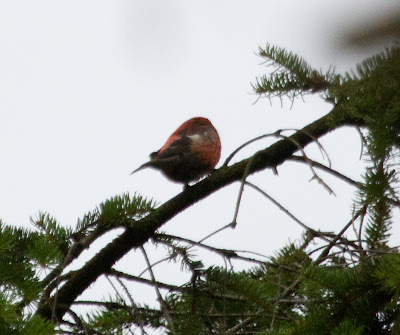 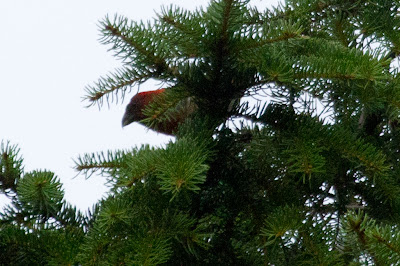 We did manage a second female a little later on, anyway mission accomplished!
The twitch
Jason, Phil and Jeff 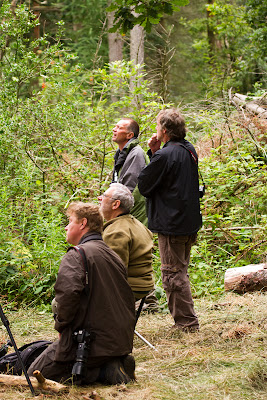 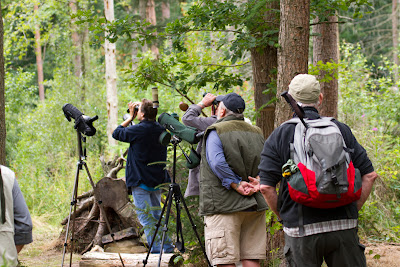 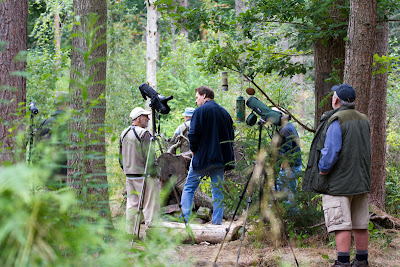 Pleased to see that you got these, Dave. For me, Common Crossbill would be exciting - I can only dream about Two-barred!

I must return to Yorkshire again soon!