During our first weeks stay in Cape Town I visited a number of locations. As a family we visited Robben Island, Kirstenbosch Gardens, Simons Town and the Cape of Good hope (Cape Point), as a birder I also visited Strandfontain, Phillipi and an area around Rondebosch Common, these areas I did on my own.

Unfortunately my Pelagic trip was cancelled on both the allocated days so my attempt at getting Albatross failed, unfortunately the wind was causing a large Swell, it arrived on the Friday stuck around for the weekend of the sailing ...... a real shame as this trip had been booked for a year and was eagerly anticipated as the holiday got nearer.

Strandfontain Sewage Works: A big thank you to Cathy & Paul (from Birdforum.net) for meeting up with me for a mornings birding at the sewage works. To a non-birder I am sure it doesn't sound too pleasant when you mention sewage works but the birding is usually good, today it was fantastic. The weather tried to dampen things with a constant drizzle and very overcast skies but birding from the car is as good as sitting in a hide!

The bird photography is hardly world class in this post as the weather was miserable, however the species on show more than made up for it.

We started off with Pied Crows, White Necked Ravens and a Pale Chanting Goshawk..... the PCG we observed in a tree with prey. The obvious Ibis species were soon counted... Hadeda and Sacred both in good numbers. 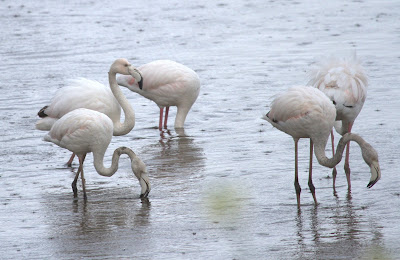 and I now realise that in all the countries that I have seen Cattle Egret, this was the first time I have ever photographed one....... at last! 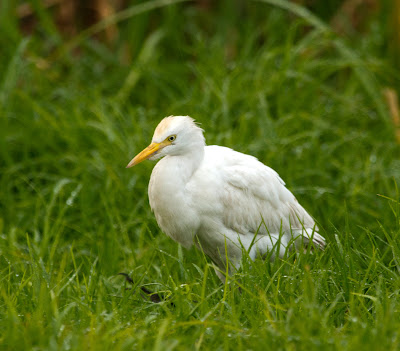 Driving between the water pans there were plenty of reeds, Lesser Swamp Warblers and
African Reed Warbler were the only species to dare stick their heads up into the rain.... 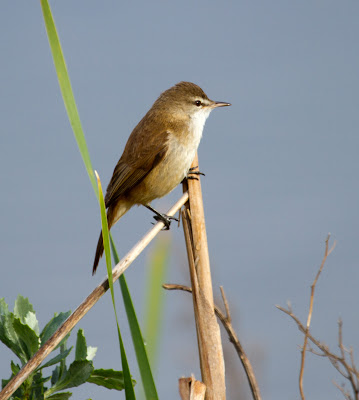 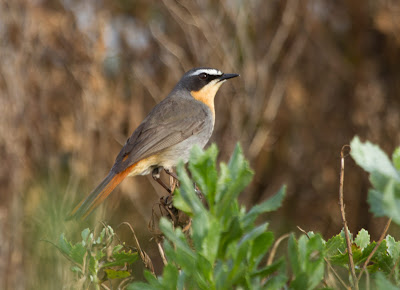 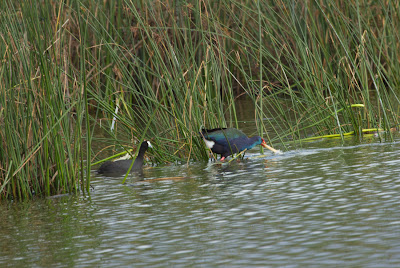 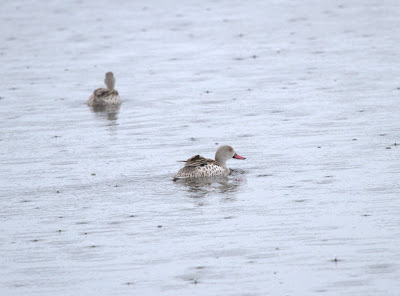 I also found my first (and as it turned out last) Grey Headed Gull, I was sure I had an image of this species but I can not find it..... perhaps it was dream after all.
no doubt about this African Darter though!
Sat on its nest against a backdrop of the sewage works buildings 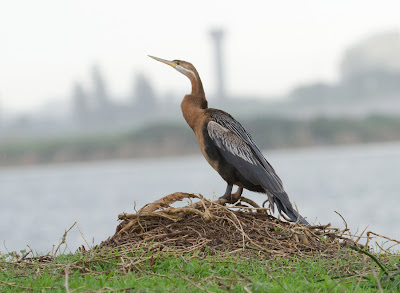 Of the larger birds I baged my first ever White Breasted and Reed Cormorants. But still plenty of other species on offer with Pied Avocet, Grey Heron, Spur Winged Goose, Black Headed Heron and Black Winged Stilts 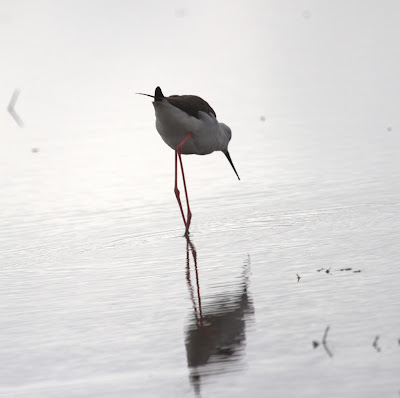 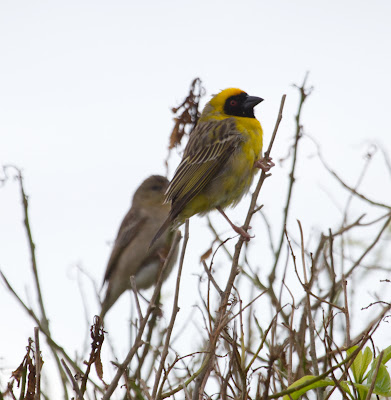 The rain continued and a change of scenery was the best course of action so a trip to Phillipi
Plenty of the same species as Strandfontain but here we added Lesser Flamingo, Black Shouldered Kite. Capped Wheatear, Cloud Cisticola, Great White Pelican, African Spoonbill and
Three Banded Plover 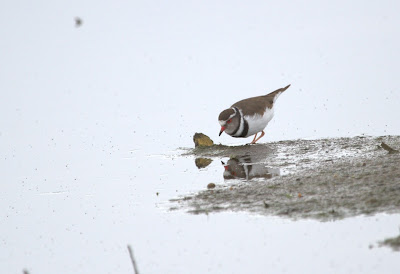 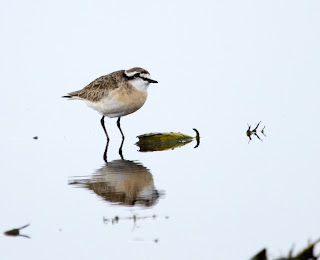 As a final treat we headed to a suburb of Cape Town: Rondebosch Common here we were given stunning views of around a dozen Spotted Thick-knee 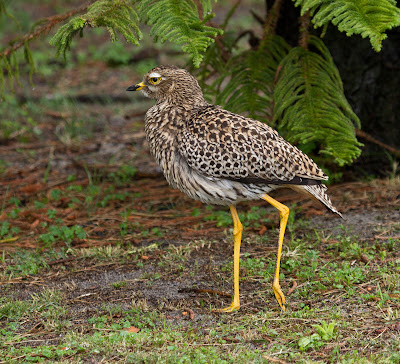 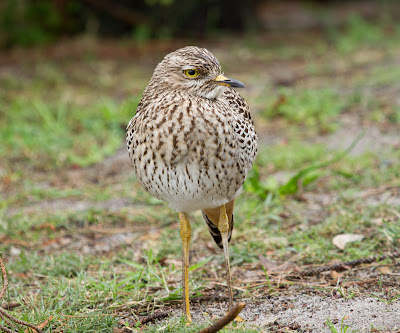 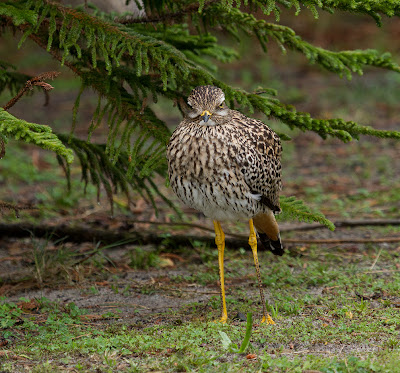 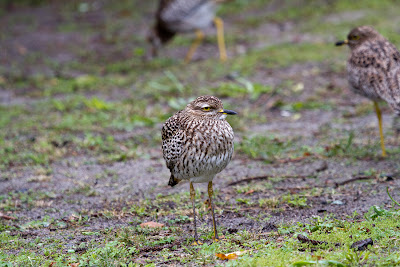 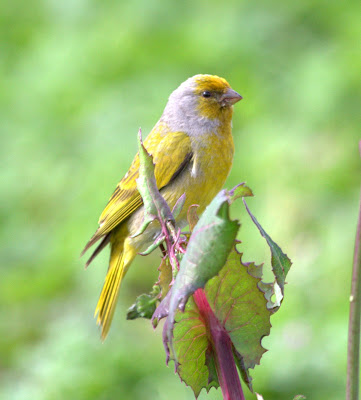 A message to Paul: 30+ Lifers on this day out, looks like I need to send you a cheque for a few thousand Rand, or maybe you start a tour Co for Starndfontain!
Next stop Kirstenbosch, Cape point, Boulders and Robben Island
Posted by Dave at 23:36

A great series of photos and how fantastic to see so many new birds. I am intrigued with the "thick knees" as we have two species of them out here in Australia - both different but with similarities.

Great shots of the lovely birds.

Great photos of all the different birds.

HI Dave Rain or no rain, this was a fantastic selection of birds you treated us to today. Looking forward to the next installment.

What a beautiful series!

I'd be thrilled with even one of those birds! That last photo looks like a Cape Canary bush...wonderful!

The best birding place we've ever found is in Arcata CAlifornia (not to compare with your travels of course) but it IS a sewage plant reclaimed with ponds for the birds and it is wonderful.

Wow! Stellar shots & spectacular birds, Dave!
I particularly like the birds by the water, with their reflections shown.
Sounds like quite a trip!

what a great bunch of new-to-me birds you captured! that plover photo blew me away, though. gorgeous!

Looks like a brilliant trip Dave and a real shame about the weather at the sewage works! Despite that you came away with a great species list and some cracking photos.

What a great set of birds. I have been told SA is a great place to visit - and it seems the advice was correct!

All are wonderful, but the Spotted Thick Knee, what a beautiful bird with a funny name. I can say, I had never heard of this one before...very nice image shares~

This surely is a wonderful trip with so many beautiful birds to see.

Beautiful series, as usual. Those flamingos are so white!