So we have at least a few Foxes feeding in the garden.

As in a previous post we have a rather poorly Fox that is suffering with Sarcoptic Mange. We are trying to catch this one and get it some medical attention. Below is a short clip which shows that at least it hasn't deteriorated from its first sighting a few weeks ago and importantly it is eating. I put water out as well to help beat off dehydration that it will suffer. The food I am putting out does have drops of medication on it so hopefully even if we don't catch the fox, it will be receiving some sort of treatment.... lets hope it works.

A bit of a surprise was this fine looking fella that came to feed. 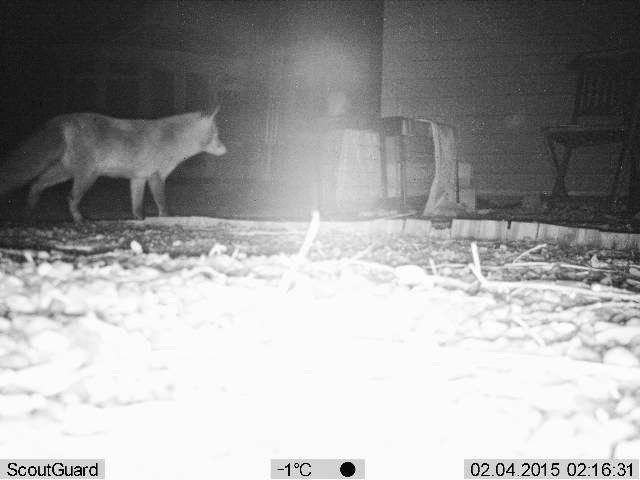 and as a bonus we have footage of the Badger that is visiting
Posted by Dave at 08:51

Great video of the fox and good to know it has not deteriorated. I watched the other video 3 times but did not see the badger!

Margaret is a poor video to be honest but it is left hand side lurking around the shadows....

Fantastic brush on that chap!