I spent an hour on Sunday afternoon on the moorlands looking for Wheatear and Ring Ouzel, I quickly found Wheatear.. a few on show with probably plenty more out of sight. 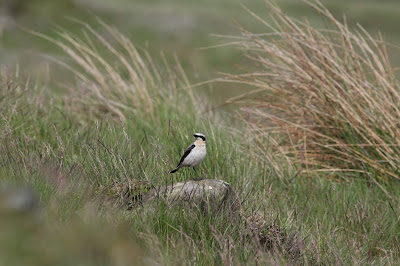 As the weather closed in I decided to call it a day. While walking back to the car, overhead a Gull attacked something in the distance, it took me a few moments to locate it and bingo....
Short Eared Owl 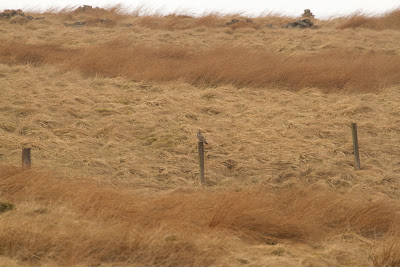 very early afternoon seemed too early for it to be out hunting.
Maybe it had only just arrived back on territory?
Soon it was up in the air and flying towards me... 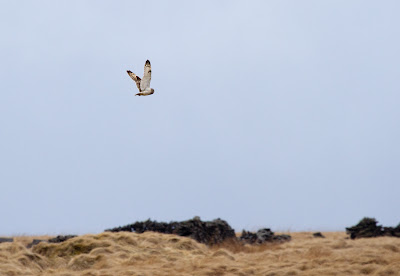 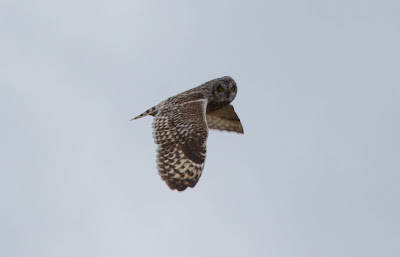 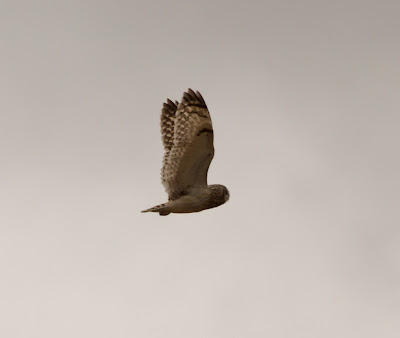 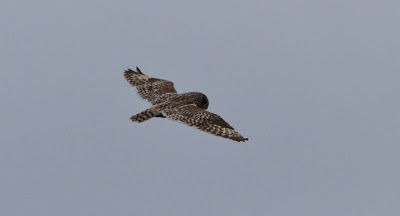 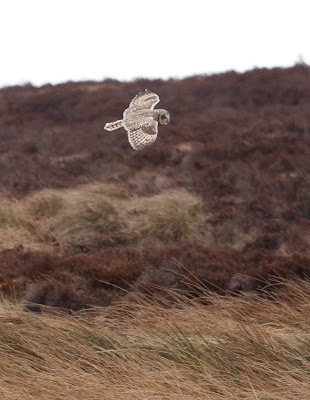 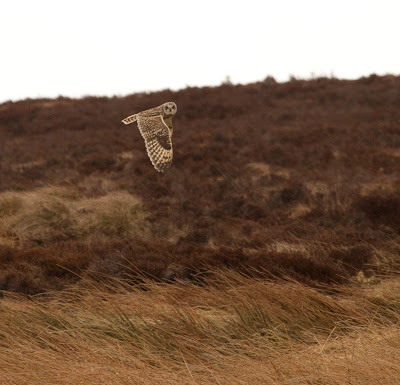 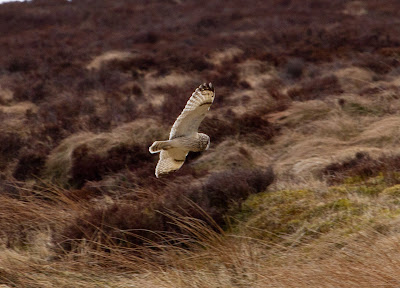 before landing for just a few seconds 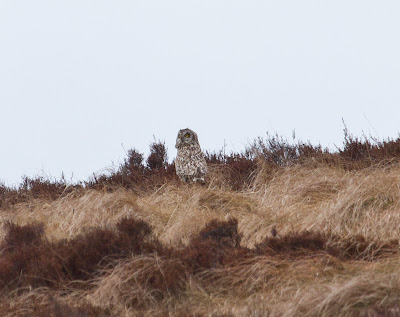 and then off out of sight 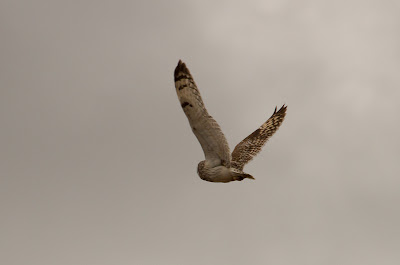 A bright sight on a rainy afternoon!﻿
Posted by Dave at 09:57

Email ThisBlogThis!Share to TwitterShare to FacebookShare to Pinterest
Labels: Owls

Incredible to get such good owl pictures...maybe the rainy gray day confused him into thinking it was later. That definitely made a gray day worth it. Wow thanks for sharing.

What an amazing sighting of the owls and great photos too. I really like the header photo. Beautiful snowy scene.

Fantastic to see these owl shots. So lucky you were there at the right time and reacted so quickly.

Really great photos, Dave, the Wheatear is such a pretty bird.

The owls are fabulous.

Wow, you have some awesome shots of the owl. I love the owls! Well done!

Wonderful birds! I used to work on a reserve in (of all places!) Gateshead that had SE owls in the winter - it was never a cold day if you got a good look at the owls.

I often wonder what would have happened to the names of the wrens if they had found more species! Would there be swear words in their names!!!

Cheers and thanks for linking to WBW

Amazing series of the owls! Yes, there you were really lucky to see those!
Thanks for your comment! /Pia