Matty invited myself and Liz to Bangor University not to chill out but to walk up Snowdon. The mountain is the highest in Wales at an elevation of 1,085 metres (3,560 ft) and the second highest outside the Scottish Highlands.

It has six different Ascents up the mountain all with varying degrees of difficulty and it also has its own single track mountain railway line. We chose to walk up and down but chose a specific easier but quieter route.

We walked the Snowdon Ranger path which starts at a carpark along side the reservoir of Lyn Cwellyn. After walking through mountain pastures and then open moorland the path then climbs to Bwlch Cwm Brwynog, and then snakes along the ridge above Clogwyn Du'r Arddu towards the summit. This path meets the railway, the Llanberis Path, the Crib Goch path, and the combined Pyg Track and Miners' Track all just below the summit.

We started in fairly mild and bright weather but as we reached the base of the main elevation the cloud clung to the whole of Snowdon ridge. The walk up was relatively quiet with probably less than 5 groups of walkers seen in the whole 2.5hrs trek although as we reached the railway track and the junction where most of the paths converge we were met by dozen upon dozens of fellow walkers who seemed to appear eerily from the cloud.

We climbed up to the small and cramped trig point for the group picture before heading to the café for a coffee. We all agreed to do the mountain walk properly and not catch the train down so we retraced our steps back down the mountain. The ascent took exactly 2.5hrs while the descent took 5 minutes longer, mainly because we watched a rescue helicopter winch a medic to the rocks just below the summit. I cant confirm how serious it was but it certainty wasn't a practice run.

It was a shame that the cloud gave us no view at all from the summit the weather for the majority of the ascent and descent was at best fair but with no wind and some patches of broken sunshine near the base of the mountain and of course its always nice not to have to walk in the rain...... 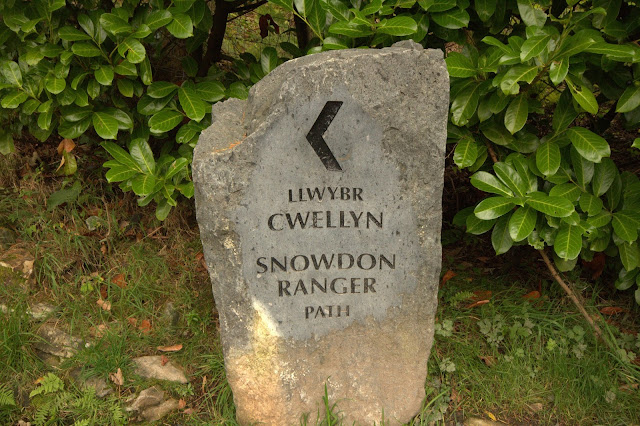 
Looking down to Lyn Cwellyn 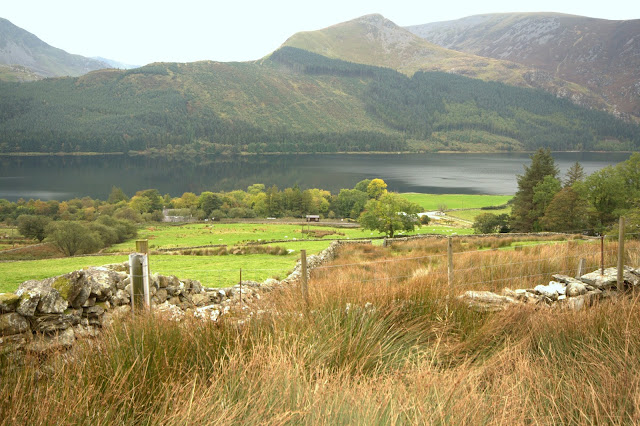 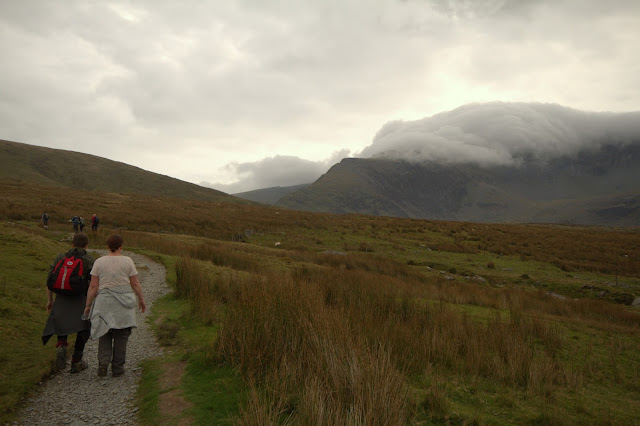 
the view South of the Snowdon Moorland 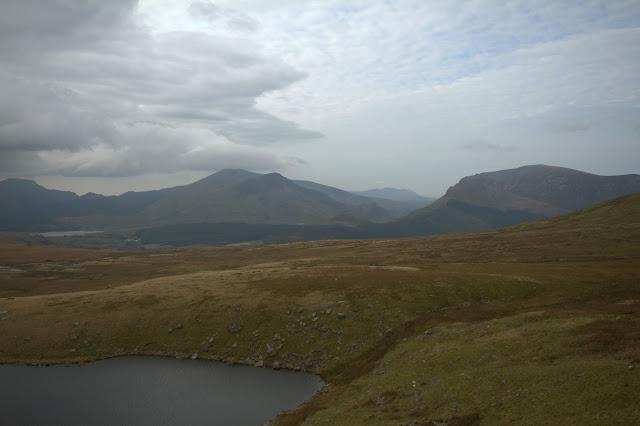 The Corrie of Snowdon with the Tarn of  Bwlch Cwm Brwynog in the centre, 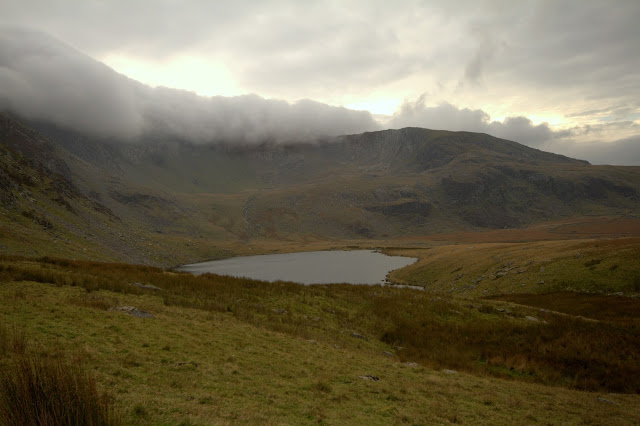 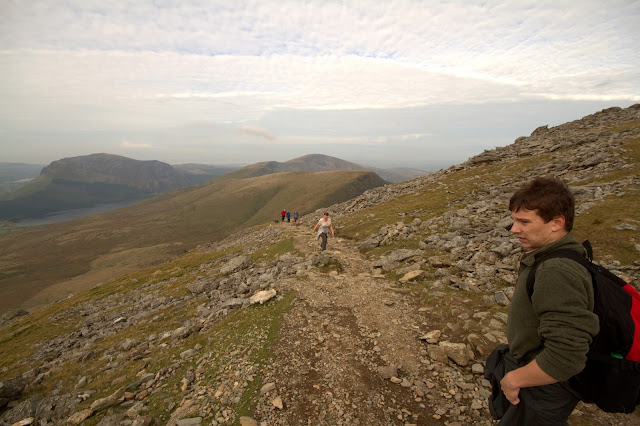 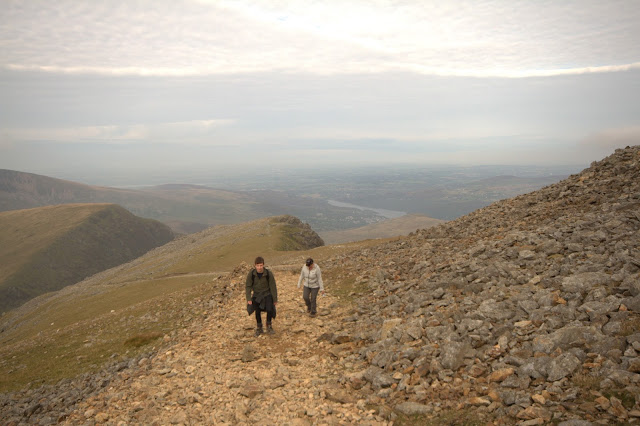 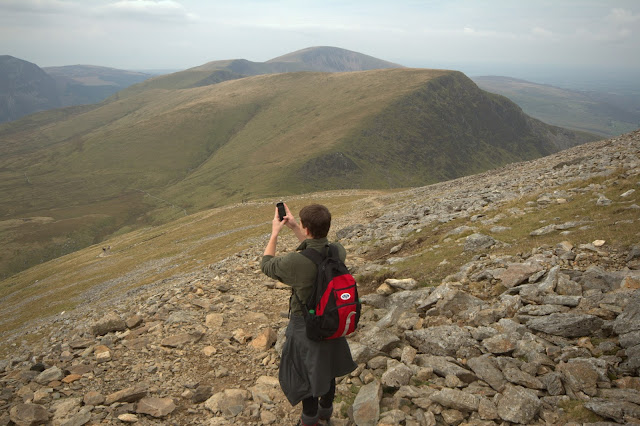 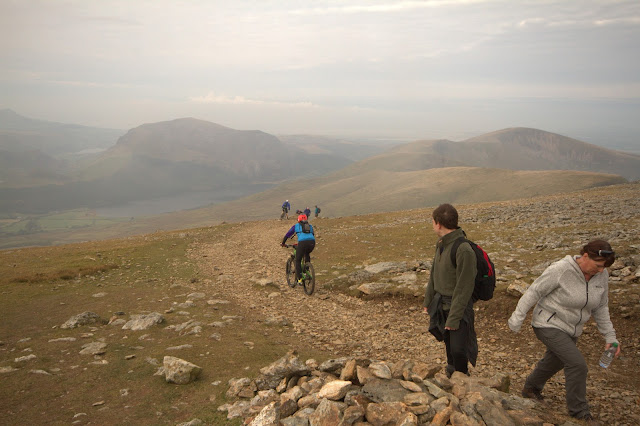 the mountain train descends from the cloud .......﻿ 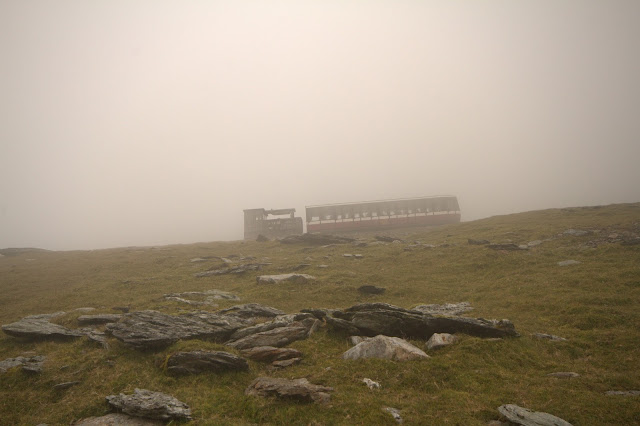 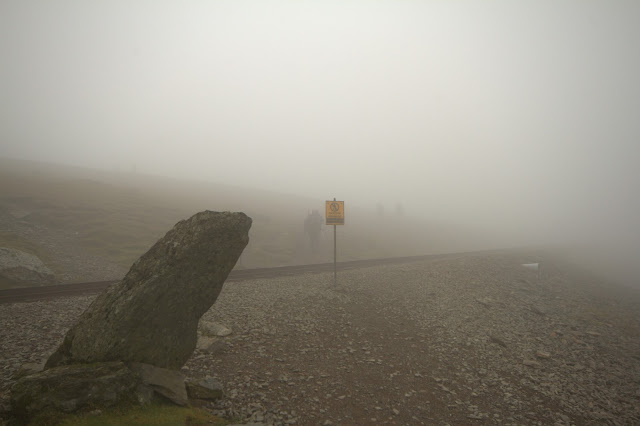 at the summit...... Done it!
a couple of strangers along side Matty, Myself and Liz 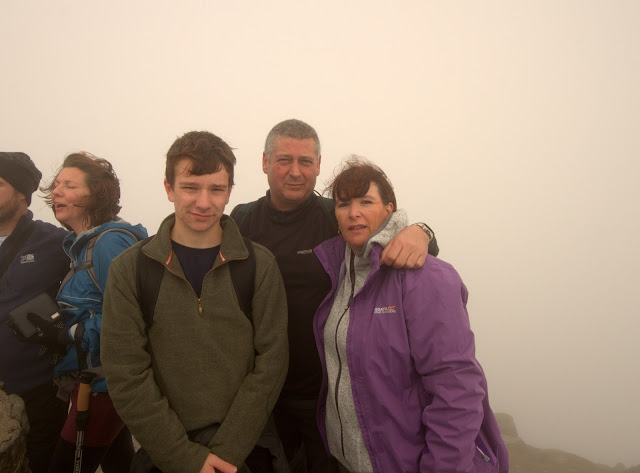 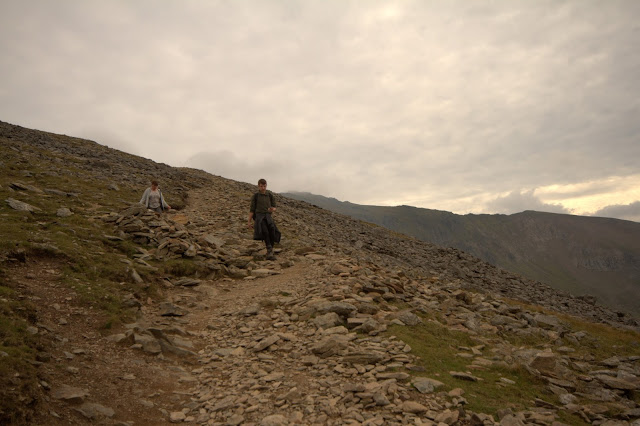 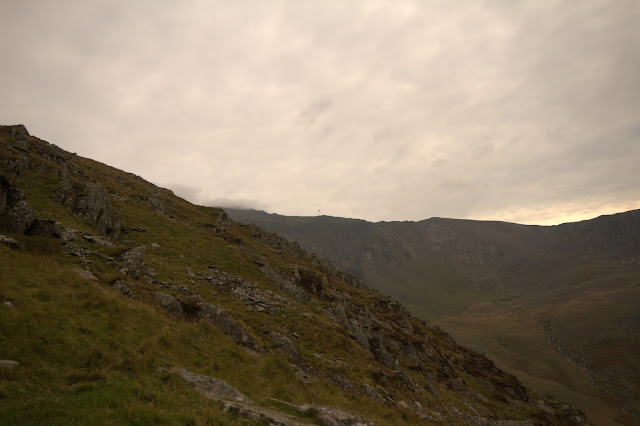 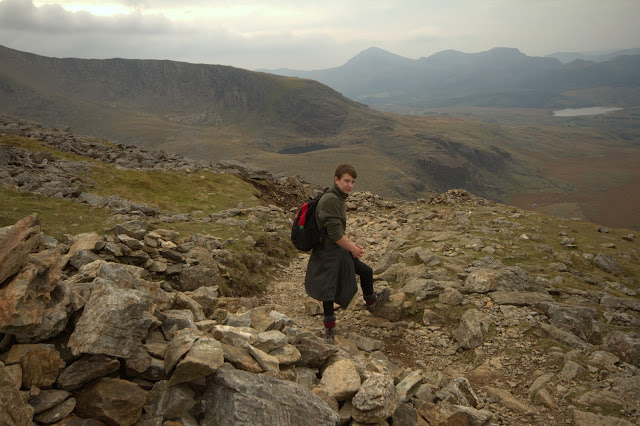 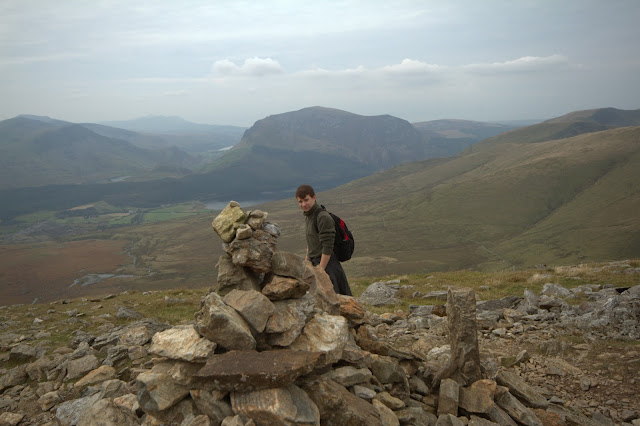 Email ThisBlogThis!Share to TwitterShare to FacebookShare to Pinterest
Labels: Snowdon

It's a wonderful place to wander Dave...

Hi Dave Well as I will never be able to do that climb now, it was lovely to see what the area was like. The views are gre at although I suppose at the summit you could not see much.

'Thats a good' article, i usually amazed with' this thing, i asked myself about this opinion, I wish You'll a better articles that can make another people impressive..don't make the article feel rigit and isn't interesting and poor, i like to read this' article and i think this is "good".thank you' m'y brother.

What a wonderful place to explore! It certainly was foggy up on the summit. The views are breathtaking.